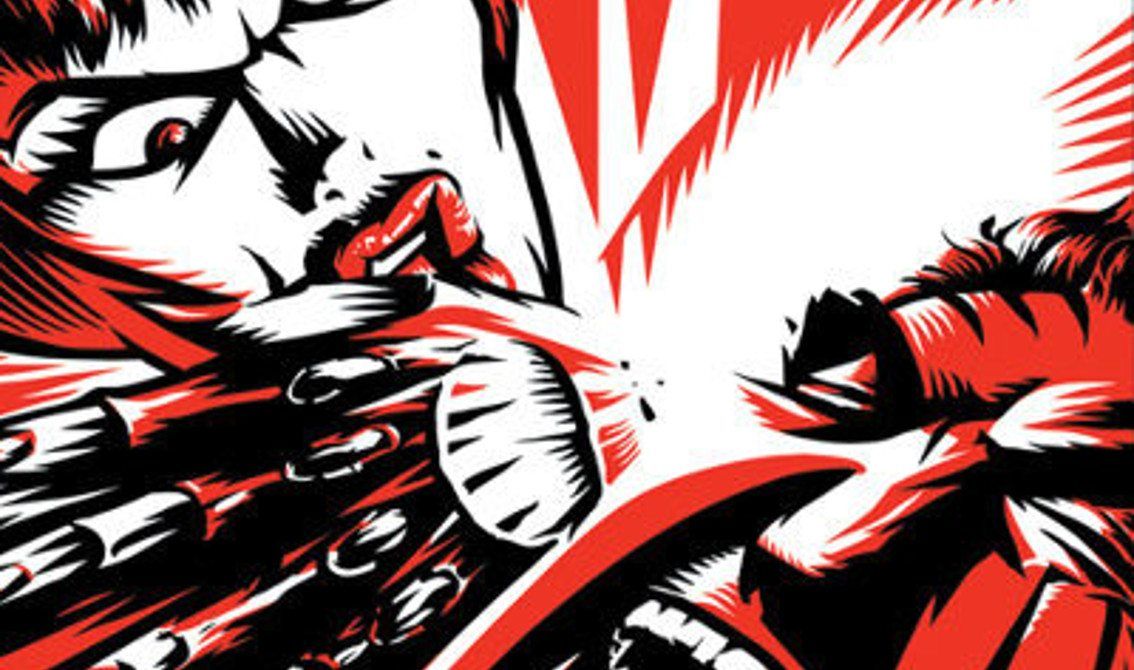 KMFDM (short for Kein Mehrheit Für Die Mitleid and not Kill Mother Fucking Depeche Mode) has decided to complete a vinyl remaster of their classic 1997 album “Symbols”. You can order this very limited vinyl set right now exclusively from this website.

The material itself was recorded in Seattle, Washington, and marked the introduction of Tim Skold who would become a full-fledged member for the albums “Adios” and “Attak”. The album track “Stray Bullet” received mainstream media attention for the wrong reasons, namely after the Columbine High School Massacre, because the song’s lyrics were posted on the website of Eric Harris. The song was also in the background of one of the videos posted by Pekka-Eric Auvinen on YouTube prior to the Jokela school shooting.

Check the track “Megalomaniac” below:

Since you’re here … … we have a small favour to ask. More people are reading Side-Line Magazine than ever but advertising revenues across the media are falling fast. And unlike many news organisations, we haven’t put up a paywall – we want to keep our journalism as open as we can. So you can see why we need to ask for your help. Side-Line’s independent journalism takes a lot of time, money and hard work to produce. But we do it because we want to push the artists we like and who are equally fighting to survive. If everyone who reads our reporting, who likes it, helps fund it, our future would be much more secure. For as little as 5 US$, you can support Side-Line Magazine – and it only takes a minute. Thank you. The donations are safely powered by Paypal.
Tags: Abby Travis, Columbine High School Massacre, Kein Mehrheit Für Die Mitleid, Kill Mother Fucking Depeche Mode, KMFDM, Ministry, Nina Hagen, Ogre, Raymond Watts, Skinny Puppy, Skold, Tim Skold