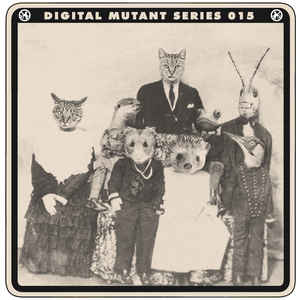 Background/Info: Cats Soiled is a French duo from Rennes driven by ‘Little’ and
‘Steve Alibi’. They’ve released their debut work on the French label Tripalium Records. This maxi is also available on cassette format.

Content: Cats Soiled is clearly inspired by different kinds of music. It rapidly appears to be a sonic fusion between techno, electroclash, acid and EBM. It’s a bit experimental-like and definitely into electro-minimalism. Danceable loops are mixed with filtered bleeps, acid treatments and great vintage electronic sounds. It all sounds a bit like Liaisons Dangereuses meeting Crash Course In Science in a techno pool.

+ + + : “Weird Bestiary” is a terrific piece of music, which will mainly please all lovers of analogue gear. The songs are a kind of imaginary sonic bridge between 80s EBM and contemporary dark-technoid formats. I like this minimal approach accomplished with icy treatments. It sounds creative and intelligent. It will make you dance and awake good-old souvenirs. I fully enjoyed the 6 tracks, but my favorites are “The Frog, The Mosquito And The Dragonfly” for its old-school electro style and “Naughty Otter”, which sounds like a refreshed version of Liaisons Dangereuses. This band also proves that there’s much more than the ‘Berliner’ techno school!

– – – : The minimalism of the production can be also a reason why Cats Soiled will only please a very restricted number of people. This is not just techno music!

Conclusion: I never heard of Cats Soiled before, but be sure it’s a name I’ll keep in mind. The titles of the tracks are weird and hilarious, but the music is an ode to intelligent electronics!