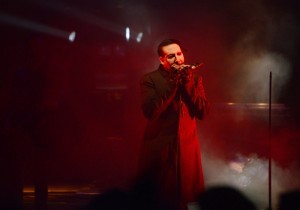 There are many reasons why Vegas and its casinos have become known for their entertainment value; the bright lights, loud, adrenaline-pumping music, and the pop idols who regularly perform at these venues have made Vegas the Entertainment Capital of the World. For many, casinos are all about the glitz and the glam, but some casinos across the US and UK have begun to turn to darker music to try and appeal to wider audiences.

For years, people had talked about the casino industry as the hope of various national economies, but as more governments turned to gambling liberalization and issued casino licenses to operators, a new problem was born: casino saturation. According to the New Yorker, it was the reason why the gambling industry had begun to fail, as too many casinos meant too little demand, and slowly, casinos began to close down. Even online casinos felt the brunt of the saturation, with Gala Casino introducing slot games with themes ranging from Monopoly to the Incredible Hulk to try and entice new customers.

This path is not as accessible to live casinos, however, which see new gaming machines developed once or twice a year. Those struggling to stay afloat have found the answer in diversifying the services they had on offer, and for many of the casinos in the US and UK, live entertainment has been key to drawing new crowds in. Rather than rely on the old appeal of artists such as Britney Spears and Celine Dion, many have gone a less conventional route, signing on artists from the industrial and gothic genres for shows, albeit taking things slowly.

Last year, Reserve Hotel and Casino brought ‘80s glam metal to its audiences with the L.A. Guns, but it was months before Mystic Lake Casino “took a gamble” on goth-metal king Marilyn Manson, whose show sold out, despite many fearing poor sales because of the location. After all, a casino is hardly the place one would expect great gothic music from, and it’s not the place one would expect fans of such a genre to visit. Further performances of darkwave and gothic musical acts have been rare, as one would expect. Just recently, punk/goth act The Damned played at Sycuan Casino, but it often looks like one would need a big name to be able to land a show. As more casinos begin to look for more diverse acts, darkwave and gothic music should soon see more exposure.