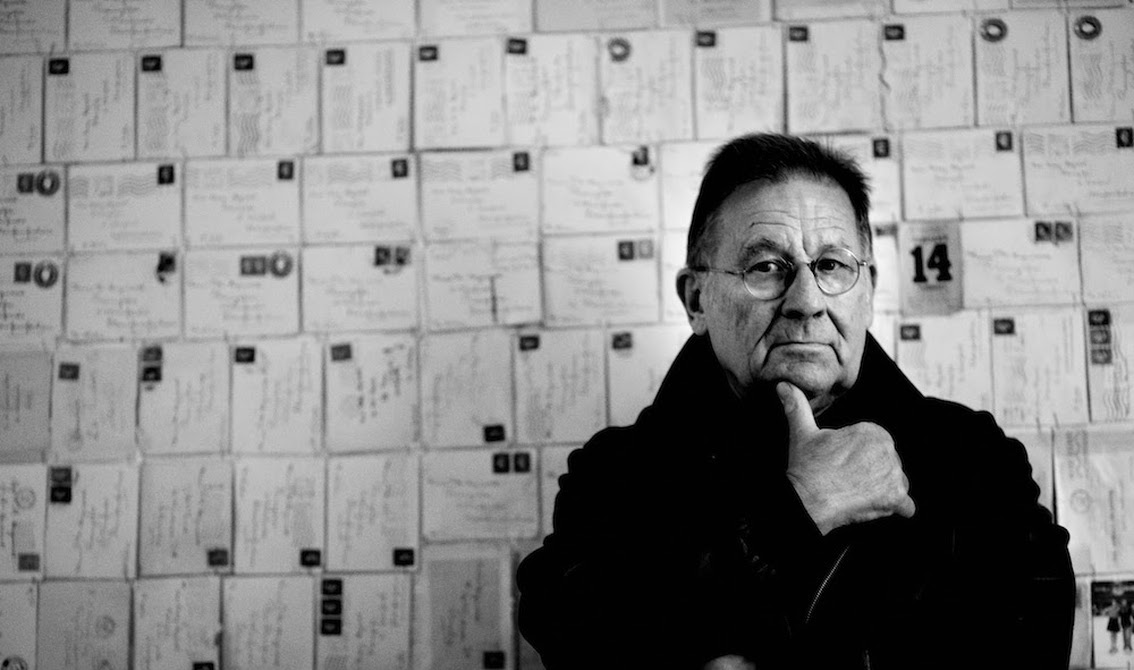 Out on November 20th is “Electro Violet”, a 12 CD strong career spanning retrospective box set by Can founding member Irmin Schmidt. The set holds his entire solo work from 1981 to the present day and will be out on Mute / Spoon Records. The 12 CD set is available here on Amazon

The “Electro Violet” box comes with a 40-page booklet, featuring new liner notes from Max Dax and Irmin Schmidt. Each album is presented in an individual gatefold sleeve with the artwork, entitled ‘Bärenkuss 5’, coming from longtime friend and Berlin artist, Franek. The original art measures at 5×4 feet.

Listen to “Why Not”, an unreleased track from the box set below taken from the soundtrack of German director Stephan Wagner’s 2012 film, “Lösegeld” (produced by WDR / ARD). It features Markus Stockhausen (son of Karlheinz Stockhausen) on trumpet.

Since you’re here … … we have a small favour to ask. More people are reading Side-Line Magazine than ever but advertising revenues across the media are falling fast. And unlike many news organisations, we haven’t put up a paywall – we want to keep our journalism as open as we can. So you can see why we need to ask for your help. Side-Line’s independent journalism takes a lot of time, money and hard work to produce. But we do it because we want to push the artists we like and who are equally fighting to survive. If everyone who reads our reporting, who likes it, helps fund it, our future would be much more secure. For as little as 5 US$, you can support Side-Line Magazine – and it only takes a minute. Thank you. The donations are safely powered by Paypal.
Tags: Irmin Schmidt