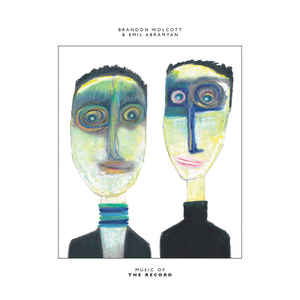 Content: There’re only 6 cuts featured on this album, but the tracks are pretty diversified. There clearly is an omnipresent cinematographic and neo-classic approach, which is mainly accentuated by the melancholic sound of the cello. But other passages are more electro-driven and even revealing IDM influences. I also noticed a lounge-minded cut, which sounds pretty jazzy as well.

+ + + : Diversity is the keyword to this album. It sometimes feels a bit like a compilation, but the least I can say is that Brandon Wolcott & Emil Abramyan feel pretty comfortable dealing with all of the influences running through their composition. I’ve a preference for the cello play, accentuating the moody and sensitive side of the work. You’ll also notice trumpet parts played by a guest musician. And even if I prefer the intimate neo-classic approach I also fully enjoyed the electronic treatments revealing an intelligent sound treatment. “Ritual” is a noticeable cut in the genre.

– – – : I already mentioned it is sometimes a bit like listening to a compilation and that’s probably the main point that hurts a bit. I’m missing coherence between the tracks.

Conclusion: Kingdoms is a small label on, which I already discovered the interesting “Swann And Odette”- album from Aris Kindt. Brandon Wolcott & Emil Abramyan have accomplished another fascinating piece of music, which will possibly appeal for a wider number of music lovers.