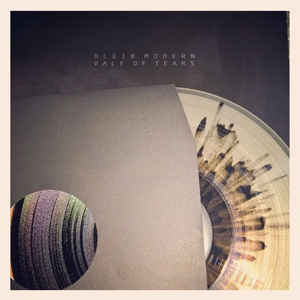 Background/Info: Bleib Modern is a Berlin based band, which started composing music in 2014. The band was set up by Philipp Laufer who is also the man behind Aftermath 6 6 6 6. Last year the band released their debut album “All Is Fair In Love And War” and now they already strike back with a 2nd opus.

Content: Bleib Modern perfectly fits to the Wave Records roster. This album takes us on a nostalgic trip throughout the 80s. This is pure new-wave music, which is linked to cold-wave and post-punk and, where other people will simply define it as gothic music.

The main source of inspiration is clearly 80s inspired and reinforced by the typical sad mood hanging over this work. The guitar is quite essential and for sure one of the main strengths of the album.

+ + + : You really have to like 80s new-wave music to enjoy Bleib Modern. There’s no single trace of innovation, however the album reveals a few excellent songs. “Blackned Soul” is a beautiful piece of sadness while the harder sounding “Paper Skin” is carried by impressive guitar parts resulting in true apotheosis. I also have to mention the more soundtrack-wise “Vale” revealing cool electro effects. Notice by the way that the vinyl version of “Vale”  feature vocals while the CD-edition remains instrumental.

– – – : Next to a few outstanding songs, this album also reveals a few forgettable tracks. There’s not enough constancy in the songs.

Conclusion: “Vale Of Tears” is switching between a few highlights and a few poorly inspired songs. This is an interesting band, which still needs to grow progressively to illustrate their real potential.