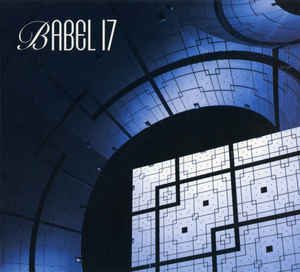 Background/Info: French formation Babel 17 belongs to the collective memory of the cold-wave music in France. They were mainly active in the late 80s and early 90s, while striking back in 2003, and releasing new work on an irregular basis.

Content: “Process” remains faithful to the 80s origin of the band. The songs are inspired by new-wave, cold-wave, and also by more rock orientated music. The vocals are somewhat cavernous, which is another link with the golden 80s decade. Some of the choruses are pretty carrying. The songs have been polished with electronic arrangements. One of the bonus cuts explores more electronic fields, somewhat reminding me of  Men Without Hats.

+ + + : Babel 17 is just doing what they do the best: cold-wave music in the truest sense of the world and as a wink to the 80s where all started for this band and so many others. They mainly excel in this retro style, which has been accentuated by cool electronics and catchy choruses. But I also like some of the guitar parts, which are more evasive-like. Guitar and electronics are pretty complementary, which makes the main strength of this opus. One of the most noticeable cuts however is the electro-driven bonus cut “On The Run Again”.

– – – : Babel 17 isn’t releasing new stuff every single year and that’s a real pity. I get the impression they have to reinvent their music and conquer their fans on each new work again and again.