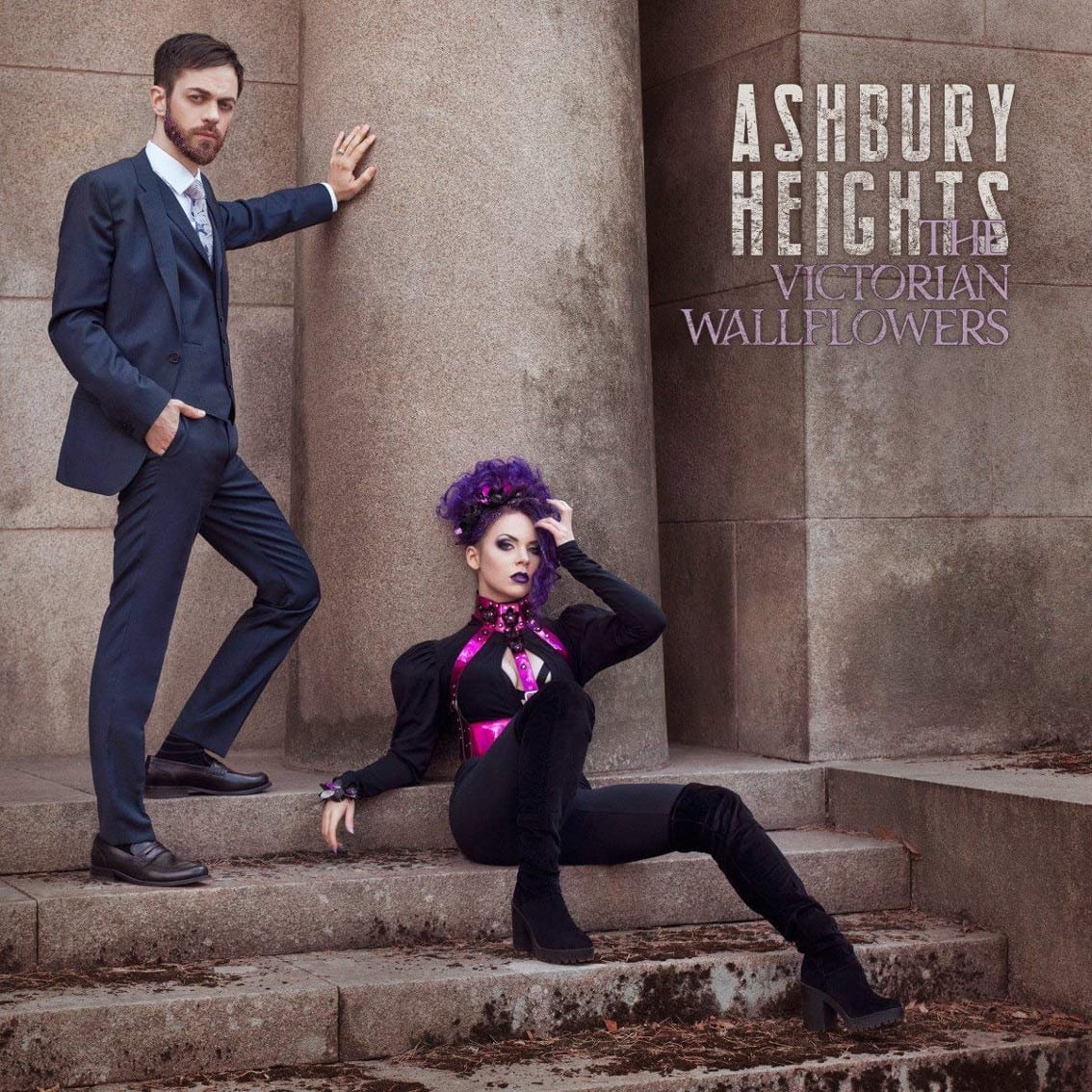 The album itself was produced by Mario Rühlicke (Blutengel) and will be out on CD for which pre-orders are available now. Musically the band continues their electropop line as we are used from them.

Ashbury Heights formed in 2005 and consisted originally of Anders Hagström and Yasmine Uhlin on vocals. Uhlin left the band after the release of their EP “Morning Star in a Black Car”, and was replaced by Kari Berg (vocals) as the lead female vocalist. Berg was a member of Ashbury Heights until 2010 and was featured on one album, “Take Cair Paramour”.

In 2010, following a long-running dispute between Hagström and the Out of Line label, the band disbanded. The dispute was settled in 2011, whereupon Hagström and Out of Line renewed their collaboration. In 2013, Tea F. Thimé (vocals and lyrics) joined the band as the new vocalist, coming from a background of alternative modelling and burlesque performance (going by the stage name Tea Time).

Since you’re here … … we have a small favour to ask. More people are reading Side-Line Magazine than ever but advertising revenues across the media are falling fast. And unlike many news organisations, we haven’t put up a paywall – we want to keep our journalism as open as we can. So you can see why we need to ask for your help. Side-Line’s independent journalism takes a lot of time, money and hard work to produce. But we do it because we want to push the artists we like and who are equally fighting to survive. If everyone who reads our reporting, who likes it, helps fund it, our future would be much more secure. For as little as 5 US$, you can support Side-Line Magazine – and it only takes a minute. Thank you. The donations are safely powered by Paypal.
Tags: Anders Hagström, Ashbury Heights, Out Of Line, Tea F. Thimé