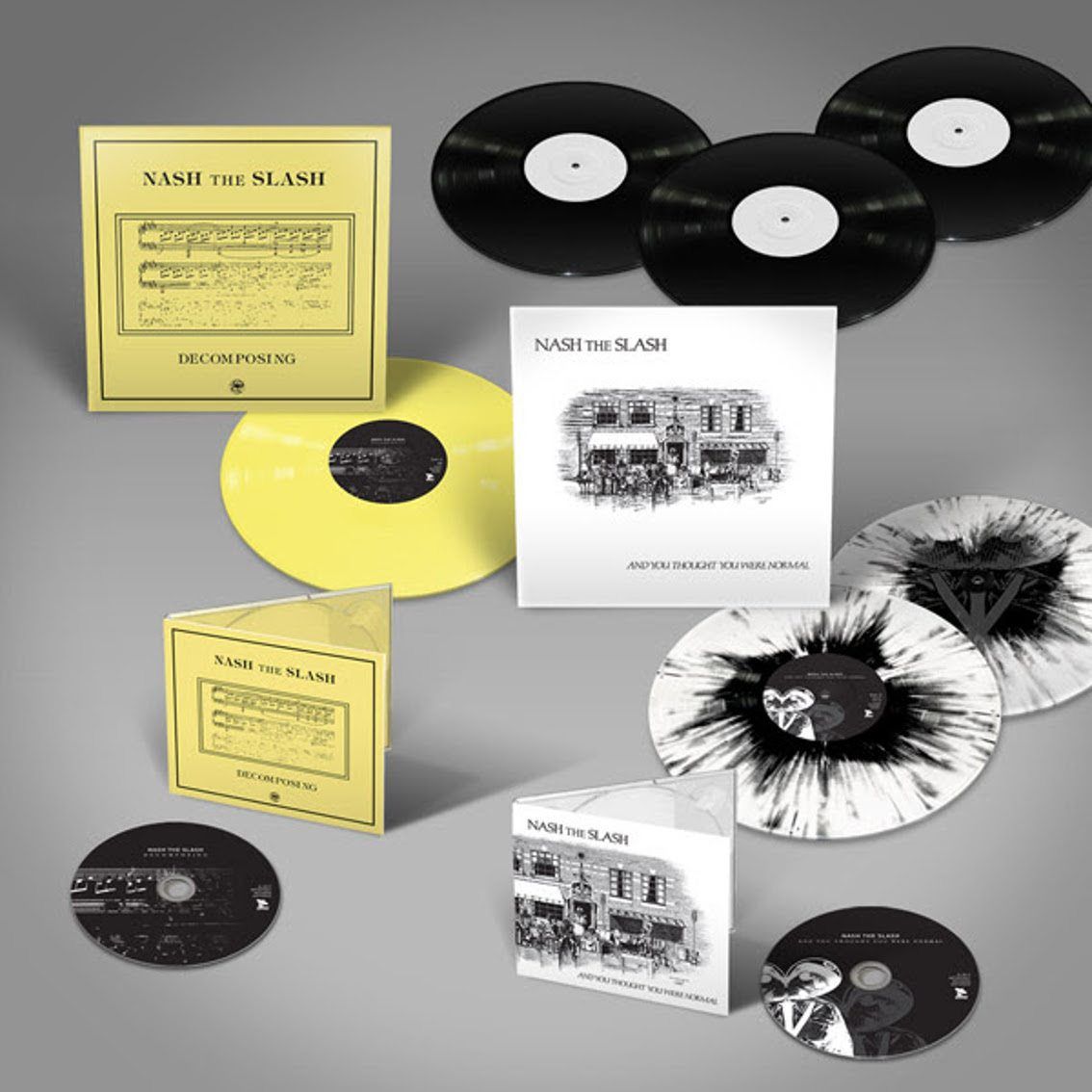 1981’s hard-to-find EP “Decomposing” will be reissued on vinyl and, for the first time ever, on CD. “Decomposing” includes one of Nash the Slash’s biggest hits, “Womble”, and was, according to Nash, the first record ever released that was playable at three speeds: 33.3, 45, and 78 RPM.

The Artoffact Records CD will include the EP’s entire selection 2 times, once at each speed (check the details right here).

Another Nash rarity that will get the reissue treatment is “And You Thought You Were Normal”, Nash’s second full-length album, released originally in 1982. Notable in particular for Nash’s first major radio hit, the Daniel Lanois-produced “Dance After Curfew”, the album was released in Canada, the USA, and the UK, and would find an unexpected and devoted audience in Poland. The album would end up being Nash’s last for nearly a decade.

Digging into the Nash the Slash archives, Artoffact Records uncovered several previously unrelased mixes of “Dance After Curfew” produced by Daniel Lanois, and the best of these is included on the CD as a bonus track. As well, music from the Colin Brunton film “A Trip Around Lake Ontario”, as well as several cuts from the Bruce MacDonald film “Roadkill” have been added as bonus material. Each edition will be released on special vinyl, a yellow version for Decomposing, and a collectors’ “Vincent’s Splatter” (named after the track “Vincent’s Crows”) for “And You Thought You Were Normal”. 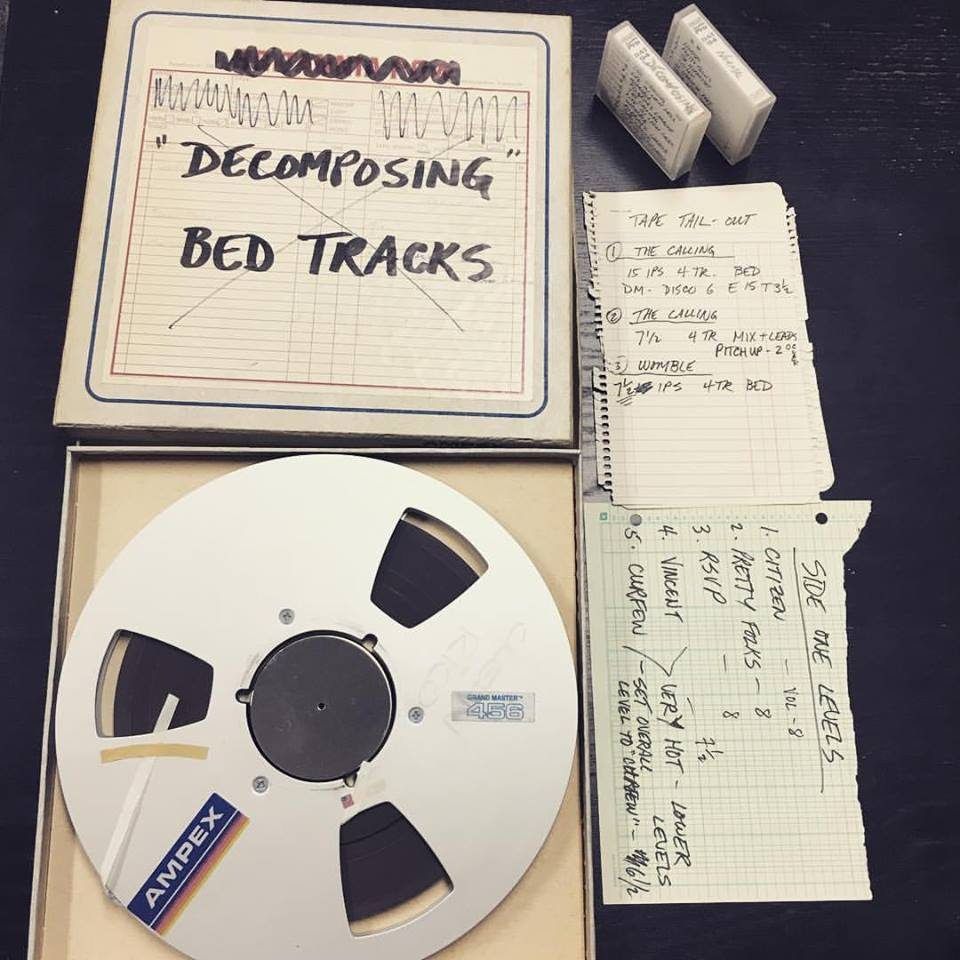 You can order the various versions of these 2 releases right here via Artoffact’s mail order store.

Nash the Slash, aka Jeff Plewman, was a rock and electronic musician famous for his masked-man stage persona who became famous for his touring and collaborating with Gary Numan. He also supported Iggy Pop in the 80s, worked with Canadian surrealist painter Robert Vanderhorst and recorded soundtracks for several independent Canadian films, including “Roadkill” and “Blood & Donuts”. Plewman passed away in 2014 at age 66. In 2016, Artoffact Records, based in Toronto, began to reissue Nash the Slash’s entire catalogue on vinyl and CD.

Since you’re here … … we have a small favour to ask. More people are reading Side-Line Magazine than ever but advertising revenues across the media are falling fast. And unlike many news organisations, we haven’t put up a paywall – we want to keep our journalism as open as we can. So you can see why we need to ask for your help. Side-Line’s independent journalism takes a lot of time, money and hard work to produce. But we do it because we want to push the artists we like and who are equally fighting to survive. If everyone who reads our reporting, who likes it, helps fund it, our future would be much more secure. For as little as 5 US$, you can support Side-Line Magazine – and it only takes a minute. Thank you. The donations are safely powered by Paypal.
Tags: Artoffact, ArtOfFact Records, Daniel Lanois, Gary Numan, Jeff Plewman, Nash The Slash, Robert Vanderhorst