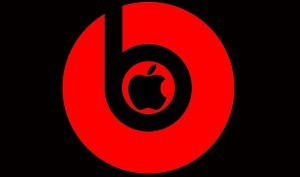 Side-Line has announced this already, but now there is also some extra info on the soon to be launched streaming service by Apple. The streaming music service will launch/announced next week at the Worldwide Developer Conference keynote (June 8) and cost US$10 per month (and not US$6 which was spread here and there).

A big difference with Spotify is that it won’t offer a free, ad-supported on-demand tier across the catalogue. Which as such is good news for Spotify which will have the option to follow Apple’s move (and try to force the free riders into paying for the service) or keep providing an ad supported alternative too. Note that Apple will have access to a wider catalogue than Spotify, which is being boycotted by a few artists, despite the fact that Apple’s streaming payout is rumoured to be even lower than Spotify’s. Interesting times lay ahead because the contract Apple offers is an all-in (or an all-out)…

The Beats service will gradually disappear as Apple will logically focus on its new streaming music service carrying an iTunes or other Apple-specific branding. It was already widely understood that the Beats acquisition was just about the headphones and definitely not about the streaming technology which is not exactly rocket science to begin with.

Apple will introduce its new streaming service via an iOS software update (and also via a standalone app for Google’s Android mobile platform) thus pushing it to hundreds of millions of iOS devices. Conclusion, streaming music will soon reach its maturity now that Apple embraces the technology to monetise its huge music catalogue. The move is logical and despite many critics saying it would never happen, they seem to forget that in the past few years Apple has seen the income of downloads decrease drastically (although other platforms offering HQ audio like Bandcamp are doing very well but that is another debate). No news yet what the sound quality will be for the streaming platform, but it is highly unlikely that it will be HQ audio.

To all the artists that have been bashing streaming platforms, time to adapt or die.