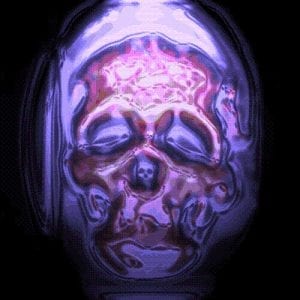 Background/Info: I got the opportunity to discover the L.A (California, USA) based Agitprop 666 by its debut work “Mind Control” (2002). The solo-project revealed an interesting old-school EBM sound. Because of an incarceration –which clearly inspired the title of this work, it took years to achieve “Penitentiary”. The album features 11 songs and is available as a free-download on Agitprop 666’s site.

Content: The main influences running throughout “Penitentiary” are once again taking us back to the great 90s decade of EBM. The multiple samplings featuring samplings from Nazi-propaganda, movie & documentary extracts and also a speech of Obama are classical elements from the 90s. The EBM style has something sophisticated, which might evoke early Mentallo & The Fixer, and also industrial sound treatments.

+ + + : Agitprop 666 is pure 90s nostalgia, but the album is not a cheap emulation. The songs are well-crafted, complex and reflecting certain intelligence. It makes this album different from the rest although supported by the spirit of 90s EBM. I like the complementarity between fine, bleeping sequences and pure bombast.

– – – : Complex music is not always the most accessible format and especially when it concerns EBM. You don’t hear me to complain, but there’s just one single cut (cf. “Peak Oil”) featuring guitar sounds, which sounds too different and less accomplished.

Conclusion: You’ve 80s and 90s nostalgics, but in the end this album brings an interesting retro-EBM format.