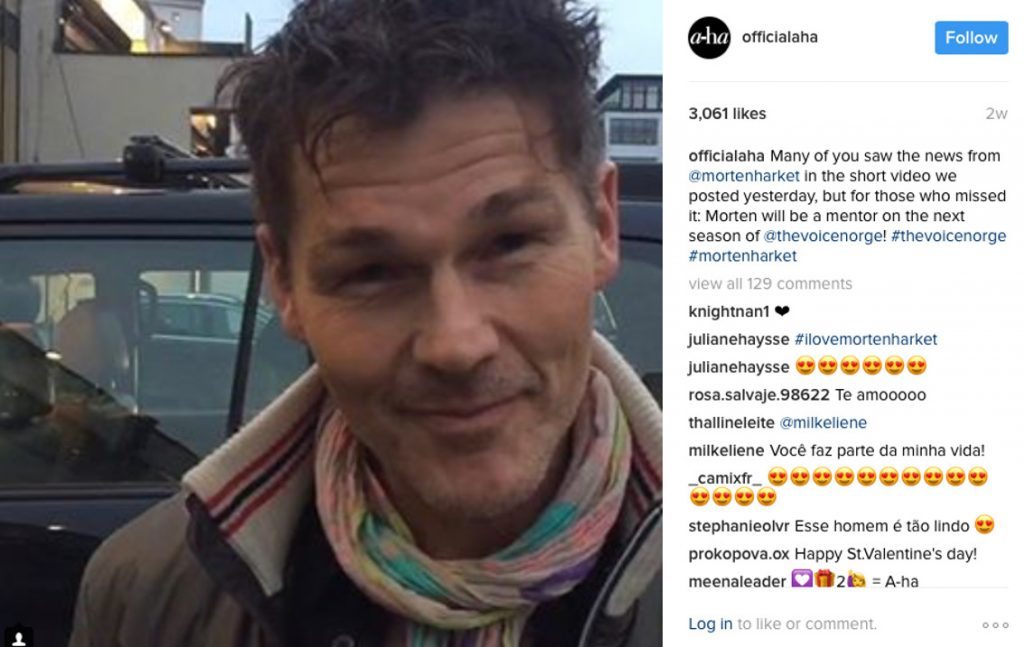 Some fan news for the commercial TV show fans in Scandinavia. Earlier this month, a-ha frontman Morten Harket announced via a video on the a-ha Instagram account (see the video below) that he would be one of the mentors on the next season of ‘The Voice – norges beste stemme’ on TV2 this fall. Very soon after, TV2 confirmed the news on their Facebook page.

The series has aired three times before, in 2012, 2013 and 2015. According to Dagbladet, the other 3 mentors for the upcoming season have not yet been announced. Previous mentors include Hanne Sørvaag, Sondre Lerche, Yosef Wolde-Mariam, Espen Lind, Tommy Tee, Lene Nystrøm – and that other a-ha member Magne Furuholmen, whose team member Martin Halla won in the first season.

Since you’re here … … we have a small favour to ask. More people are reading Side-Line Magazine than ever but advertising revenues across the media are falling fast. And unlike many news organisations, we haven’t put up a paywall – we want to keep our journalism as open as we can. So you can see why we need to ask for your help. Side-Line’s independent journalism takes a lot of time, money and hard work to produce. But we do it because we want to push the artists we like and who are equally fighting to survive. If everyone who reads our reporting, who likes it, helps fund it, our future would be much more secure. For as little as 5 US$, you can support Side-Line Magazine – and it only takes a minute. Thank you. The donations are safely powered by Paypal.
Tags: a-ha, Magne Furuholmen, morten harket