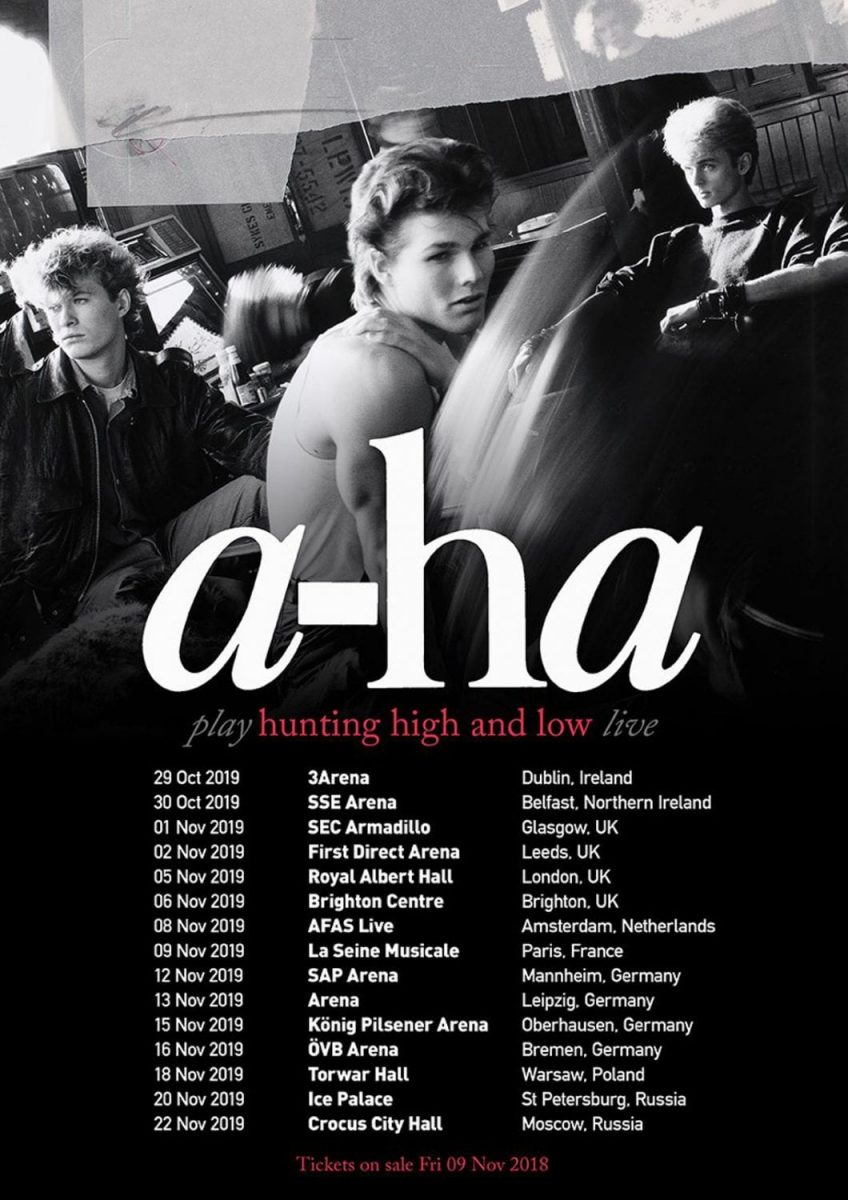 a-ha will embark on an October and November 2019 tour where the trio (Magne Furuholmen, Morten Harket and Pål Waaktaar-Savoy) will be performing in ‘An Evening With’ format, with an interval. For the first half of the concert, they will play new and old, familiar and less-familiar songs. Then, after returning to the stage, they will play the ten songs of their 1985 debut album “Hunting High And Low” in the running order of the original release.

Back in October 2010, a-ha had played the whole of “Hunting High And Low” just twice (quite an unforgettable event we must say), first at Oslo’s Konserthus and then at London’s Royal Albert Hall (from where we reported live back then).

The tour is timed to celebrate the 35th anniversary of the release of the original version of “Take On Me” – issued in the UK on 19 October 1984 to reputed sales of just 300 copies. The re-recorded “Take On Me” was released in Britain during April 1985 to little fanfare, and in America that May where it hit big after its striking promotional video was seen on TV. It was reissued in the UK that September and, finally, the British hit came. The Hunting High And Low album was on sale in America in June 1985, and in the UK in October 1985.

Here are the dates scheduled:

Since you’re here … … we have a small favour to ask. More people are reading Side-Line Magazine than ever but advertising revenues across the media are falling fast. And unlike many news organisations, we haven’t put up a paywall – we want to keep our journalism as open as we can. So you can see why we need to ask for your help. Side-Line’s independent journalism takes a lot of time, money and hard work to produce. But we do it because we want to push the artists we like and who are equally fighting to survive. If everyone who reads our reporting, who likes it, helps fund it, our future would be much more secure. For as little as 5 US$, you can support Side-Line Magazine – and it only takes a minute. Thank you. The donations are safely powered by Paypal.
Tags: a-ha, leipzig, Magne Furuholmen, morten harket, Moscow, Pål Waaktaar-Savoy