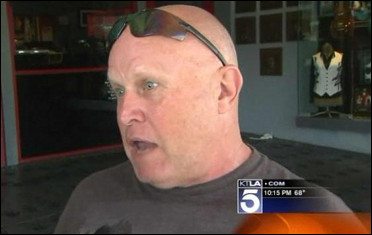 Bad luck for English new wave band A Flock of Seagulls. The 1980s band’s van loaded with instruments and clothing disappeared last weekend. Although the van itself was found, all the gear was taken. Mike Score, lead singer for A Flock of Seagulls, talked about the ordeal during an interview with CNN affiliate KCAL.
In the meantime it friends of the band and fans have been scrutinizing the postings on Craigslist, eBay and pawn shops for band leader Mike Score’s stolen amps and instruments. Score total loss includes keyboards, guitars, drums, mics and clothing. The van was stolen last weekend when a thief took the band’s van from in front of a hotel in Downey, California.
The material will be hard to sell as Southern California guitar stores have lists of the stolen gear in case someone tries to fence it there. Score is especially afraid of having lost for good a hard drive that contained songs for his upcoming solo album.