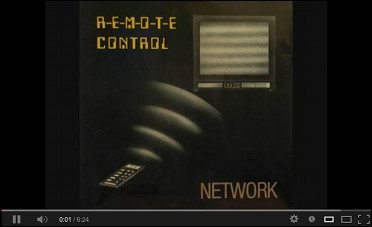 This 80sObscurities was founded by DJ Rexx Arkana to showcase old, often unknown or forgotten acts and tracks from the decade when electronic music was truly the new wave. Rexx Arkana has been a club/radio DJ and promoter since the mid-80s and headlined festivals on several continents and currently holds a residency at DEFCON, NYC’s current longest-running weekly scene party. He is also the founder and lyricist of Brudershaft and one half of harsh electro act FGFC820.
Back to the daily grind after a whirlwind trip to the desert where we discovered such fun facts as the industrial scene is not dead, Arizonans know how to party, “concealed carry” is a subjective term, there’s no better place to do peyote than the desert and my spirit animal is a vagina. A veritable wealth of knowledge, one might say, none of which makes Monday morning any easier to tolerate with this hangover.
So, since I’ll basically be spending today operating on remote control, greasing the gears with plenty of espressos, I’ve opted for this titularly-appropriate Italo disco track from 1989 for today’s 80sObscurities showcase. Network was, in essence, musician/songwriter Wolfgang Liebert, with a little in-house production assistance at Eichstädt Studios, and additional vocal contributions from Steffi Weber.
“Remote Control” was the second of only two singles released from the project, both from the late 80s on leading electronic dance label ZYX Records. It’s more quirky goodness from the Eurodance/Italo regimes…hopefully just enough to help me through the day.