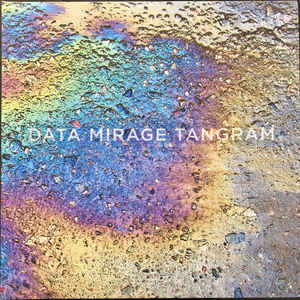 Background/Info: The legendary Swiss formation The Young Gods are back on track, unleashing their first new studio work since “Everybody Knows” (2010). And there’s more news as core member Cesare Pizzi joined hands back with front man Franz Treichler and old servant/drummer Bernard Trontin. Notice by the way the album has been produced in London by Alan Moulder (NIN, Editors…).

Content: Two songs from the 9 have been previously released as singles. “Tear Up The Red Sky” and “Figure Sans Nom” both are heavy industrial-rock pieces with a great and somewhat psychedelic atmosphere supporting the production. The vocals of Franz Treichler still have this charismatic power. Both cuts aren’t fully representative for the entire work as you also will re-discover the more evasive side of The Young Gods. Especially the last part of the album is reverie and psychedelic. There are not as many vocals here.

+ + + : The Young Gods is a band making no compromises, but simply composing the music they like. Whatever it might sound like, you feel the pleasure to compose songs, which are now more industrial-rock minded and then into some psychedelic trip. The guitar and the multiple effects remain efficient and essential to the sound of The Young Gods. This album brings the band alive with style. The album is a bit versatile, but fascinating. The songwriting is sophisticated and the production is pure high-tech. Next to the familiar singles, this album also reveals a few more great songs such as “All My Skin Standing” and “You Gave Me A Name”. Last, but not least the natural, impressive vocals of Franz Treichler are still magic!

– – – : Seven songs aren’t that much for a full length album and I really would have liked to hear more new tracks. Among the tracklist there’s the more experimental-driven “Moon Above”, which is the single song that can’t totally convince me. I think that’s not a reason to complain.

Conclusion: The Young Gods are back and there’s no better way than releasing a diversified, but fascinating opus like this. The band remains a particular experience in sound! For the die-hard fans, the upcoming album can be ordered as a double vinyl set (including a CD).