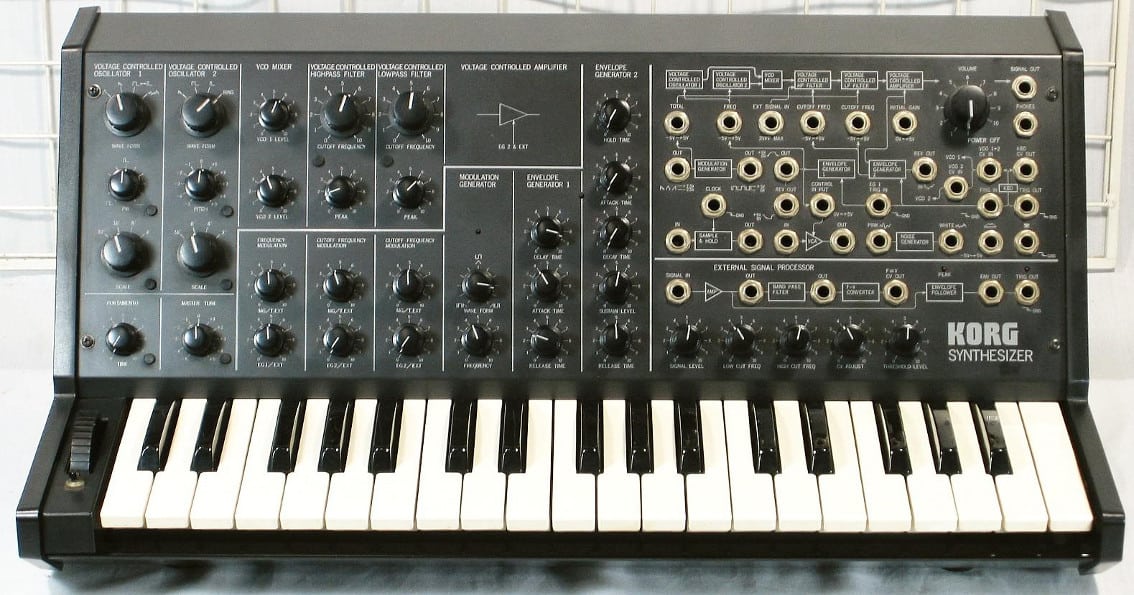 “Eleven Grinding Songs” is released in 4 versions. Besides the regular CD album (available here), there is also the 2CD set (with an 11-track bonus disc with 4 exclusive additional songs plus 7 remixes or alternative versions) (available here) and a deluxe download (available here) plus also a black vinyl edition (including a carton sleeve CD edition with the same track-list) (available here).

SL: Things were very different than they are now when one sees the equipment available for musicians back in the early 80’s.

JM: It’s very simple: most synths were monophonic and had no memories or presets back then if you exclude the more expensive synths like Oberheim or Prophets .

These machines couldn’t easily talk to each other unless you used techniques that one had to invent or try such was the infancy of electronic music. As an example, Daniel Miller used to lay on a track a slow square pulse that would later on trig the equipment: needless to say the results were on a on-by-one basis, some equipment not liking being triggered by outside machinery.

JM: …would indeed provide a welcome alternative to musicians and alternative electronic music started to be happening round 1978/1979 by musicians embracing the punk attitude of DIY: Cabaret Voltaire, Human League, Throbbing Gristle, The Normal etc…were soon going to be the guiding lights of people into new sounds and new attitude towards music and art.

One decisive instrument was the Korg MS 20 (1978) who, under the genius hands of Chris Haas, was sculpting the sound of a band destined to start the entire EBM genre: Deutsch Amerikanischen Freundschaft, later called DAF.

SL: And in Belgium?

JM: In Belgium, Daniel Bressanutti, working in a music shop in Brussels, Hill’s Music, which was instrumental in the development of punk in Brussels, was already making musical experiments and Front 242 would release its first record in 1981.

1983 would see two very important stepping stones in electronic music as it was that year when MIDI ( a language linking synthesizers together) was released and it was also the release of the Yamaha DX7, a very powerful midi polyphonic synthesizers with strong dynamic possibilities) which would be like honey of the busy bees of EBM. The final icing on the electronic music scene would happen in 1985 with the availability of the Atari ST computer, bringing easier sequencing possibilities to the musicians.

Since you’re here … … we have a small favour to ask. More people are reading Side-Line Magazine than ever but advertising revenues across the media are falling fast. And unlike many news organisations, we haven’t put up a paywall – we want to keep our journalism as open as we can. So you can see why we need to ask for your help. Side-Line’s independent journalism takes a lot of time, money and hard work to produce. But we do it because we want to push the artists we like and who are equally fighting to survive. If everyone who reads our reporting, who likes it, helps fund it, our future would be much more secure. For as little as 5 US$, you can support Side-Line Magazine – and it only takes a minute. Thank you. The donations are safely powered by Paypal.
Tags: EBM, Front 242, Jean-Luc De Meyer, Jean-Marc Lederman, Lederman / De Meyer