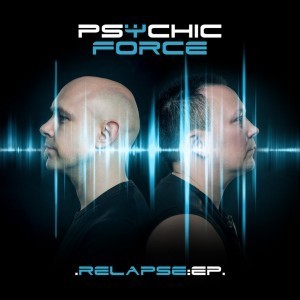 The Belgian label Alfa Matrix have announced the comeback of the old-school electro act The Psychic Force. The German duo, Michelle Christiansen and Jörg Charnowski, earned a solid reputation in the early nineties in the dark elektro scene with their debut “Body Language” (1990) followed by “Mutilation” (1992), “Gehirnwäsche / Live” (1993) and “Traces” (1994). The single marks the band’s 25th anniversary and also breaks the 20 year silence the band imposed on their fans.

On this new “Relapse” EP, you can expect a mixture of icy EBM, harsh electro and catchy synth melodies. Besides two brand new songs “No Secrets Allowed” and “The Fog”, The Psychic Force also serve you a revamped 2015 version of their good old classic club hit “Still Walking” next to a string of remixes by bands such as Serpents, PNE, etc..

You can already listen to 3 tracks from the EP below + order it on Bandcamp. The release will be officially released tomorrow.

Since you’re here … … we have a small favour to ask. More people are reading Side-Line Magazine than ever but advertising revenues across the media are falling fast. And unlike many news organisations, we haven’t put up a paywall – we want to keep our journalism as open as we can. So you can see why we need to ask for your help. Side-Line’s independent journalism takes a lot of time, money and hard work to produce. But we do it because we want to push the artists we like and who are equally fighting to survive. If everyone who reads our reporting, who likes it, helps fund it, our future would be much more secure. For as little as 5 US$, you can support Side-Line Magazine – and it only takes a minute. Thank you. The donations are safely powered by Paypal.
Tags: The Psychic Force