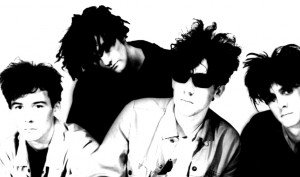 The Scottish act The Jesus and Mary Chain have begun recording a brand new album, and that more than 17 years after they finished recording 1998’s “Munki”. The band who reunited in 2007 broke up in 1999 after tensions between Jim and William Reid had come to a climax. “After each tour we wanted to kill each other, and after the final tour we tried” the band was quoted saying.

Not that the band has respected completely studio silence since 2007. In March 2008, the band released a studio recording of “All Things Must Pass” on the soundtrack album to the NBC television drama “Heroes”. That was the first new song to be released by the Jesus and Mary Chain since 1998.

Tags: The Jesus and Mary Chain