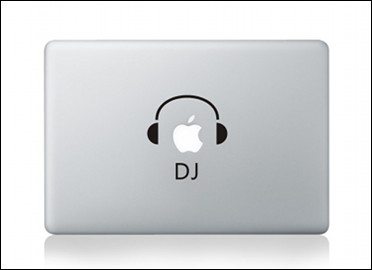 (By Elise Din) – In August of 1973, a 16 year old boy set up two turntables and used what he called the “Merry-Go-Round,” which looped beats and transferred from one to the next, to play music using two copies of the same record. A kid that just wanted to raise money for school clothes, using his sister as the party promoter, created the biggest scene in music today. Even hip hop has changed in its transition to digital since then.
Equipment
Fatboy Slim is famously attached to the old school, but has shifted his work to a MacBook Pro. He says he’s been “dragged kicking and screaming into the 21st century,” but the truth is the scene is already almost entirely digital. Vinyl equipment is expensive if you want top of the line stuff.
Even mid or low range gear can cost as much as your living room stereo hookup and that’s not counting the cost of the records themselves. The bar for entry is extremely high, so a DJ has to take his or her career seriously to recoup money spent on equipment. That’s why some DJ’s use financing or business credit card rewards to help finance their new endeavor.
A mixer alone could cost more than your entire living room setup. While vinyl might be fun to watch, and produces unique sounds, it’s just not practical for the everyday DJ. You’d be hard pressed to find a small club venue with a DJ spinning vinyl. That won’t stop Amoeba music from keeping a well stocked case of vinyl records though. The scene is still alive.
Nostalgia
Phil Morse writes about flights from Manchester to Dublin to play at U2’s Kitchen Nightclub, where it was regular to see DJ’s lugging carefully packed crates of records onto planes. Distribution was also much more difficult as the music you could play was often limited to what your record store sold, and what (if any) promotional lists you could find to get new music out to the crowds.
Today, music is plentiful in a digital format. All of your tracks fits onto a laptop, or an external drive, or even your phone. It’s amazing how much storage space and time that digital saves working DJs, but vinyl still has a place in the hearts of many.
Many argue that vinyl sounds better, and maybe they are right. It’s a matter of preference, but digital rights management makes owning mp3s sometimes restrictive. Records seem to persist right alongside CDs because people can’t seem to give up tangible products. You can still show your music off to friends with mp3s, just like you could before these things existed, but little touches like inserts and covers and box art are lost.
The Practical DJ
Here in the real world, the DJ scene has become somewhat muddled with the MacBook invasion and the Apple sell back rush. It does sometimes seem like anyone with a relative taste in music and a laptop can become a DJ, and that somewhere along the line, the skills of becoming a DJ got lost. DeadMau5 famously addressed the “getting on stage and pressing play” argument by countering that the statement is fundamentally correct–the work occurs at home in the studio. The show is a show, a presentation.
Becoming a pro takes perseverance. Just like any popular art form, it’s true that there are people practicing that probably shouldn’t be, but time has a way of weeding out sounds the public dislikes. Somehow, both digital and vinyl remain popular sounds pursued by pros and amateurs.