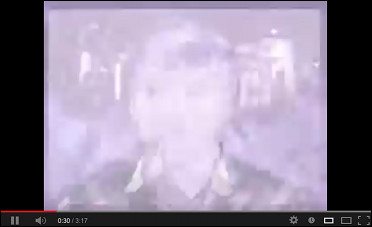 This 80sObscurities was founded by DJ Rexx Arkana to showcase old, often unknown or forgotten acts and tracks from the decade when electronic music was truly the new wave. Rexx Arkana has been a club/radio DJ and promoter since the mid-80s and headlined festivals on several continents and currently holds a residency at DEFCON, NYC’s current longest-running weekly scene party. He is also the founder and lyricist of Brudershaft and one half of harsh electro act FGFC820.
Back to the grind for another summer work week and it’s still humid and uncomfortable in the big city, which only makes me wish I had an extra month’s worth of holiday time this year. There’s no better way for me to beat the heat, though, than a dip in the pool of minimal wave 80sObscurities. Today’s artist comes all the way from Russia, where visions of Siberia are enough to chill anyone to the bone.
Unfortunately, I don’t know much about the band and what little trace there is of them on the internet is in Cyrillic, which I can’t read. I discovered Форум, which translates to “Forum” in English, on one of my various musical deep sea fishing expeditions on YouTube one day and, while the rest of their material is average, this song has stuck in my head ever since. Taken from their debut 1987 album “Белая Ночь”, here’s “Forum” with “Давайте Созвонимся! (Let’s Call Each Other!)”