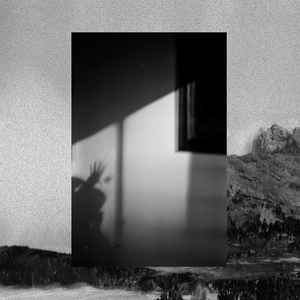 Background/Info: Thanatoloop is a Chilean solo-project set up in 1994 and driven by the prolific mind of Michel Leroy Valdés. He released over the 40 albums since 1994, but this latest opus is the first one released on Blackjack Illuminist Records. “Resilencia” is a kind of dystopian work inspired by the death of love, detachment, abuse and capitalism.

Content: The main themes inspiring this work have been transposed into a pretty experimental work where electronics and guitar playing have been mixed together. Spanish vocals can be heard on top of the songs. Sometimes into a ballad style and next moving into cold, atmospheres passages, Thanatoloop exposed pure experimentalism throughout the 8 cuts featured on this work.

+ + + : The main strength of the work clearly is the very personal style. It’s an experimental exposure revealing certain chemistry between electronics and guitar playing. It’s a harsh and unpolished production, which perfectly matches with the darkness hanging over this album. Michel Leroy Valdés makes no compromises and just seems to exorcise the ideas running through his mind.

– – – : Some of the ‘softer’ cuts are a bit ballad-minded and aren’t exactly my favorite cuts. I’m referring to songs such as “Falsa Factual” and “Expresiones”.

Conclusion: Blackjack Illuminist Records has a taste for unusual music; kind of new experimentalists and that’s for sure why Thanatoloop caught the attention of the label. I can’t say that I’ve been totally seduced.

Since you’re here … … we have a small favour to ask. More people are reading Side-Line Magazine than ever but advertising revenues across the media are falling fast. And unlike many news organisations, we haven’t put up a paywall – we want to keep our journalism as open as we can. So you can see why we need to ask for your help. Side-Line’s independent journalism takes a lot of time, money and hard work to produce. But we do it because we want to push the artists we like and who are equally fighting to survive. If everyone who reads our reporting, who likes it, helps fund it, our future would be much more secure. For as little as 5 US$, you can support Side-Line Magazine – and it only takes a minute. Thank you. The donations are safely powered by Paypal.
Tags: Thanatoloop