(By our Norwegian correspondent Jan Ronald Stange. Band photo by Paal Ritter Schjerven).
During the past months the Norwegian duo Tear Us Apart have released their three first tracks on all major streaming platforms, sounding like homages to the sound of the 80’s and 90’s, but in an updated manner. As these tracks made a lot of sense to me, I had to know more.

Side Line: Give us the short bio of Tear Us Apart; who you are, where you come from – both geographically and musically, and how this project started?

We’ve been friends since playing football together when we were 11-12 year old, and we started out in high school around 1992, where we could borrow instruments and a rehearsal pace. Being a classic four piece band with two guitars, bass and drums, we made some songs and played a few concerts, most for fun, the quality being not top notch. A lot of guitar feedback, lousy equipment and not too structured songs, but fun! Looking back we could now say this was the start of TUA.
Music have always been a major part of our lives, and of course our idols and their music have also formed us as a band. Nevertheless, the most important for us is that the songs have good melodies and the right feeling. If someone else out there likes it – we’re happy!

After a long hiatus (1995 -2004) we started recording new tracks on a 8 track analogue recorder, making about 20 more or less finished tracks before it came to a halt in 2006. At a xmas party in 2018 we listened to some of our old songs, and were surprised how many that still sounded great. We decided to restart our band, upgraded the music software, dusted off the Juno-1 synth, gave the old Rickenbacker bass an overhaul, digitized the oldest recording and was back in business! Lars Martin took the role as producer and have re-recorded a lot of the old material.

S-L: Three songs released so far – take us through the tracks and the stories behind. 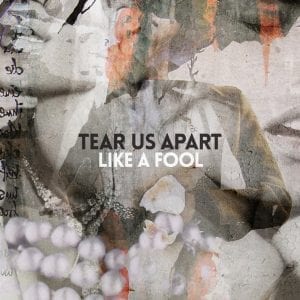 LM: ‘Like a Fool’ is a song we started working on around 2004-2005, sounding very different at the time, and most of it is re-recorded now, including the vocals. It‘s a classic lyrics about being in love and even though you know she will mess you up, you keep going on. ‘End of Everything’ and ‘And Then’ are new songs, that I made during 2019. ‘End of Everything’ is another classic lyrics about how you feel after a break up. The lyrics for “And Then” is just a snapshot of an imaginary event.

I realize the lyrics can appear a bit heavy and gloomy, but I’m actually a pretty happy guy.

S-L: Inspirations – there seems to be a decade or two that’s singled out, maybe some bands too… but in an updated manner?
LM: We’re into groovy guitars, riveting drums and bass,  and nostalgic synths are also a major part of our musical preferences. Dynamic and pulsing. We’re fans of 80’s and 90’s synth and indie rock. There are hundreds of bands that we like but the ones that have inspired and influenced us the most is probably Depeche Mode, The Cure, Dinosaur Jr and Jesus And The Mary Chain.

The songs on our upcoming album will be a lovely mix of elements from these bans, both consciously and unconsciously.

S-L: … which was my next question: What’s the plans for future releases or an album? 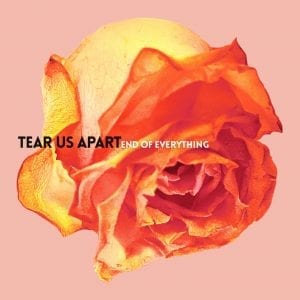 LM:  There’s an album in the works to be released soon. No title and details yet, but the songs are almost finished. The singles we’ve already released will be a part of the album, and we think it’s really coming together now and something to be proud of. After some final adjustments and mixing, we’ll leave the final touch and mastering to the hands of Marius Egenes. There will be a couple of more single releases before the album, and in the meantime we’re looking for a publishing deal.

S-L: Will you be playing live?
LM: It’s a big dream of ours to play live again – it’s been 26 years since last time on a stage! As we’re a duo and many of our songs have multiple tracks, parts of the songs must be in a back track while we play selected instruments live. This will be new for us, and something we’re eager to try.

It’s also worth mentioning that the band do most of the work themselves; recording, some mixing, videos, web page, and all the art work. Lars Martin is also an artist, painting pictures, which Jan Erik uses when making the art work for the covers.

Tune in to their excellent songs on Spotify – my ears have had this playlist on heavy rotation the last months! 🙂

Since you’re here … … we have a small favour to ask. More people are reading Side-Line Magazine than ever but advertising revenues across the media are falling fast. And unlike many news organisations, we haven’t put up a paywall – we want to keep our journalism as open as we can. So you can see why we need to ask for your help. Side-Line’s independent journalism takes a lot of time, money and hard work to produce. But we do it because we want to push the artists we like and who are equally fighting to survive. If everyone who reads our reporting, who likes it, helps fund it, our future would be much more secure. For as little as 5 US$, you can support Side-Line Magazine – and it only takes a minute. Thank you. The donations are safely powered by Paypal.
Tags: And Then, Depeche Mode, End of Everything, Jan Erik Kirkevold Nilsen, Lars Martin Kræmer, Like a Fool, oslo, Pixies, Radiohead, Tear Us Apart, tønsberg