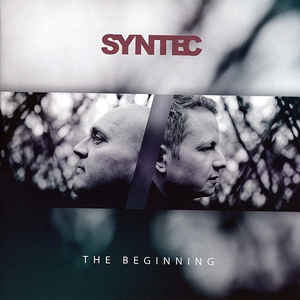 Background/Info: German duo Uwe Kallenbach (music) – Tobias Hartwig (vocals) set up Syntec in the early 90s. They quickly got signed to the legendary Machinery Records and became a successful electro-pop formation with multiple hits. They recently struck back after a hiatus of 21 years unleashing the cool EP “Catch My Fall”. “The Beginning” indeed sounds like a new beginning and is the 3rd full length by the German formation.

Content: It sometimes sounds like Syntec has never disappeared. The electro-pop arrangements and catchy tunes are rapidly coming through while the title song of their last EP remains a great electro-pop song carried by danceable vibes and by the great singing skills of Tobias Hartwig.

Syntec also dares to innovate with a somewhat vintage-like and electroclash inspired song entitled “Liberté”. The cover of “Send Me An Angel” (originally written by Real Life) is not into innovation although a noticeable song from the album.

A last and rather important part of the work consists of the more electro-ballad songs, which is not that new for the band, but composed with a different approach than during the early years.

+ + + : It’s not that easy –even for a talented formation, to strike back after more than 20 years and numerous comebacks have turned out to be real disasters. Syntec confirms their writing skills and this secret sound formula to write great electro-pop songs. That’s what they illustrate on a few cuts of this album and I especially want to recommend “Catch My Fall”, “Devil In Heaven” and “Liberté”. The Eurythmics cover also is a song that will catch your attention. There’s a perfect harmony between sound and vocals.

– – – : Despite of some real noticeable songs, I have some difficulties with the softer side of this work. I don’t have anything against so-called electro-ballads, but these songs aren’t the best ones from the album. There’s no real climax and it even ruins a my enthusiasm a bit for the danceable pop cuts.

Conclusion: This album reveals a real fascinating and successful side although I’m not totally convinced by their softer songs. As the title indicates, this is just ‘the beginning’ so let’s wait for further releases to see if Syntec can reach back their 90s status of hot electro-pop formation!?