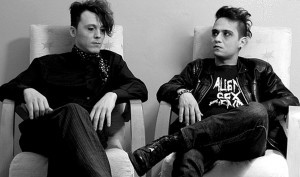 Turkey is too often considered as being a country without a new wave community. Weird, because it has for instance one of the biggest Depeche Mode and The Cure following in Europe. Fortunately some Turkish bands are changing this misconception slowly but steadily.

Out via the Fabrika/Remoov labels later this Summer is the brand new album from the Turkish act She Past Away. On “Narin Yalnızlık” She Past Away showcases again that Turkey not only has Peter Murphy doing well. “Narin Yalnızlık” is the follow up to 2012’s best seller “Belirdi Gece” which was also released via Fabrika Records.

The dark-wave act She Past Away formed in 2006. Their music compiles elements from bands like The Sisters of Mercy, The Cure, Joy Division and Clan of Xymox. The band released its debut on the Istanbul based label Remoov which also released their first 3-track download single “Kasvetli Kutlama” in 2010.

Tags: She Past Away