Interview of Eexee: one of the hottest ‘discoveries’! 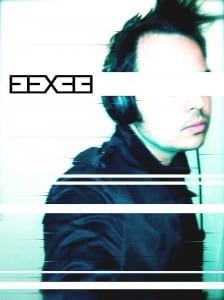 SL: According to me Eexee is one of the hottest surprises at the new volume of “Endzeit Bunkertracks”. How did you get in touch with this compilation and what does it mean to be featured on it?

E: Before I released my first album I sent out demos to record labels everywhere. Alfa Matrix being one of them. A year later I received an email from them telling me that he really liked my music and wanted one of my tracks to be included on the newest “Endzeit Bunkertracks” compilation. I’ve been following and listening to the series for years and I’m truly honored to be a part of it.

SL: What do you expect from a compilation with such a great reputation, but featuring such a huge number of bands?

E: The great thing about “Endzeit Bunkertracks” is that you never really know what to expect. There are always so many great and unique bands with such different styles from one another, it’s always an amazing listening experience. The only expectation I ever have from the series is great music and I have never been disappointed.

SL: How did you come to set up Eexee and what kind of sound did you’ve in mind?

E: When I started Eexee I wanted to create music that had industrial elements but with a structure similar to a pop or EDM track. Since then I’ve been incorporating things I love about other genres and putting it in my own music. I just write music that sounds interesting to me and is something that I would actually want to listen to.

SL: What’s the next ‘big thing’ for Eexee?

E: I’ll be releasing my new album “Future Ghost Stories” within the month and I’m currently working on assembling a live band to help perform the music for future shows.