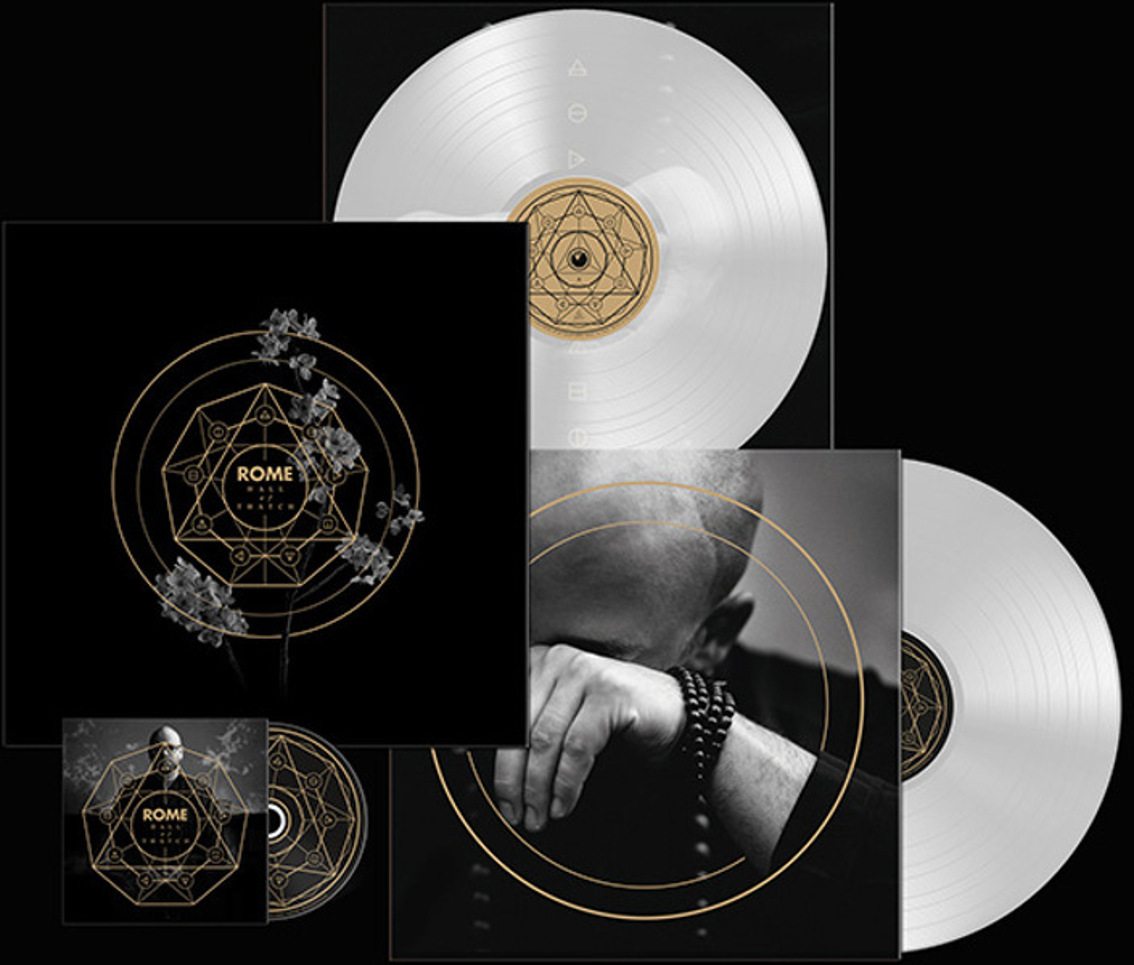 Out in a few weeks from now is the brand new Rome album “Hall of Thatch”. “Hall of Thatch” will be available in various formats including a massive 2LP white vinyl+CD set, as you can see above. You can order all of the formats right here.

Rome is an experimental neofolk and martial industrial act founded in November 2005 in Luxembourg as a main output for the songs of Jérôme Reuter. Reuter is the main creative force in the band, but he performs both live and in the studio with a range of musicians. In early 2006 Rome was signed to the Swedish record label Cold Meat Industry.

Rome has since signed with the Trisol Music Group record label as of 2009.