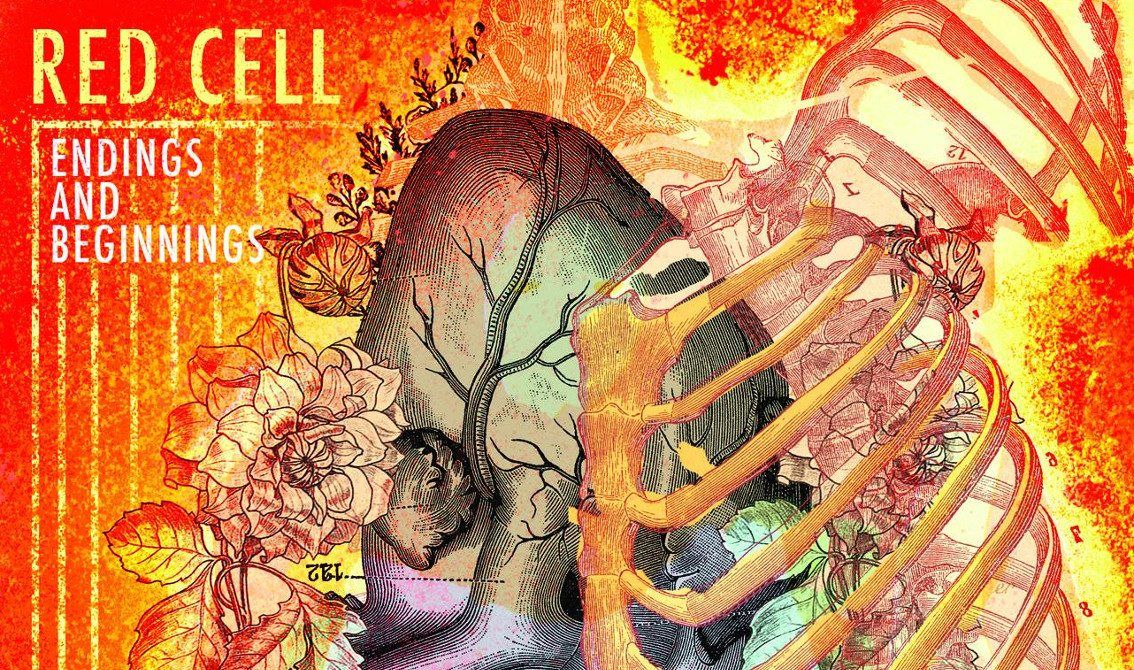 Jimmy Skeppstedt, Stefan Aronsson and Per Linnerblad aka the electro industrial act Red Cell have waited 8 years to complete the follow-up to 2008’s “Lead Or Follow”, which itself was released 3 years after “Hybrid Society”. The Stockholm/Örebro based trio, which was one of the first bands ever to get signed to Progress Productions, returns with 10 tracks, of which 2 were already turned into singles: “Vial Of Dreams” and “Taking Back The Crown”.

The new album, “Endings and Beginnings”, can be ordered right here.

Red Cell was formed by Per and Jimmy during the winter of 2002/2003 after which they recorded their first demo, called “In Command”, in February 2003. The sound was more industrial at that time, but after that they hooked up with Stefan (who played guitar on their first demo) and Jens Eriksson on synthesizer, the sound quickly developed into a more electronic pop/metal type of music. The “I am the way” and “Related skin” demos followed and in January 2005 they signed to Progress Productions, located in Gothenburg, Sweden. In 2006 Jens who decided to leave the band.

Here’s “Vial Of Dreams” taken from “Endings and Beginnings” which can be ordered right here.

Since you’re here … … we have a small favour to ask. More people are reading Side-Line Magazine than ever but advertising revenues across the media are falling fast. And unlike many news organisations, we haven’t put up a paywall – we want to keep our journalism as open as we can. So you can see why we need to ask for your help. Side-Line’s independent journalism takes a lot of time, money and hard work to produce. But we do it because we want to push the artists we like and who are equally fighting to survive. If everyone who reads our reporting, who likes it, helps fund it, our future would be much more secure. For as little as 5 US$, you can support Side-Line Magazine – and it only takes a minute. Thank you. The donations are safely powered by Paypal.
Tags: Jens Eriksson, Jimmy Skeppstedt, Örebro, Per Linnerblad, Progress Productions, Red Cell, Stefan Aronsson, Stockholm