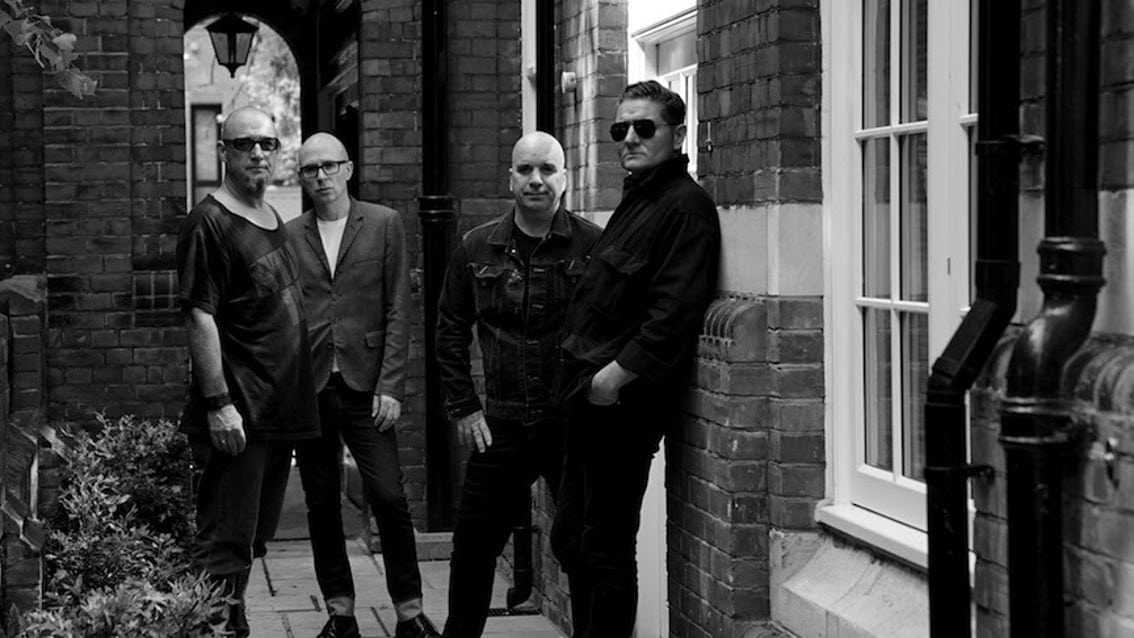 Nitzer Ebb has premiered the never-before-seen video for their 1985 single “So Bright So Strong.” The video was originally filmed in either 1983 or 1984 by their original manager Chris Piper, the bands first manager. The video (which is not so good condition) features Bon Harris, Douglas McCarthy, and then drummer David Gooday.

“So bright, So Strong” was shot in a barn just outside of Chelmsford, UK. The audio time sync was done on 2 VHS machines, manually, which is not easy at all to manage.

Out later in October, but already available for pre-ordering right here, is the massive Nitzer Ebb vinyl boxset “1982-2010” holding 10 LPs. It’s the first time that all five of the band’s albums for Geffen/Mute have been collected in one complete box set.

Douglas McCarthy and Bon Harris return to reunite Nitzer Ebb after taking a hiatus in 2010. The band has confirmed a handful of European tour dates already, and will be announcing more in the near future. McCarthy and Harris will be joined onstage by original founding NEP members David Gooday and Simon Granger. This will mark the first time these four founding members have performed live together since 1987.

Here’s the video of “So Bright So Strong”.