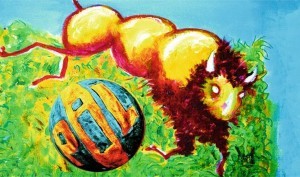 4 September sees the release of the new Public Image Ltd (PiL) album “What The World Needs Now…”. The album is the follow-up to the 2012 album “This is PiL”, which was the band’s first output in 17 years time.

“What The World Needs Now…” was financed and produced by PiL and will be released on PiL’s own label PiL Official via Cargo UK Distribution.

From October on the band will be touring Europe.