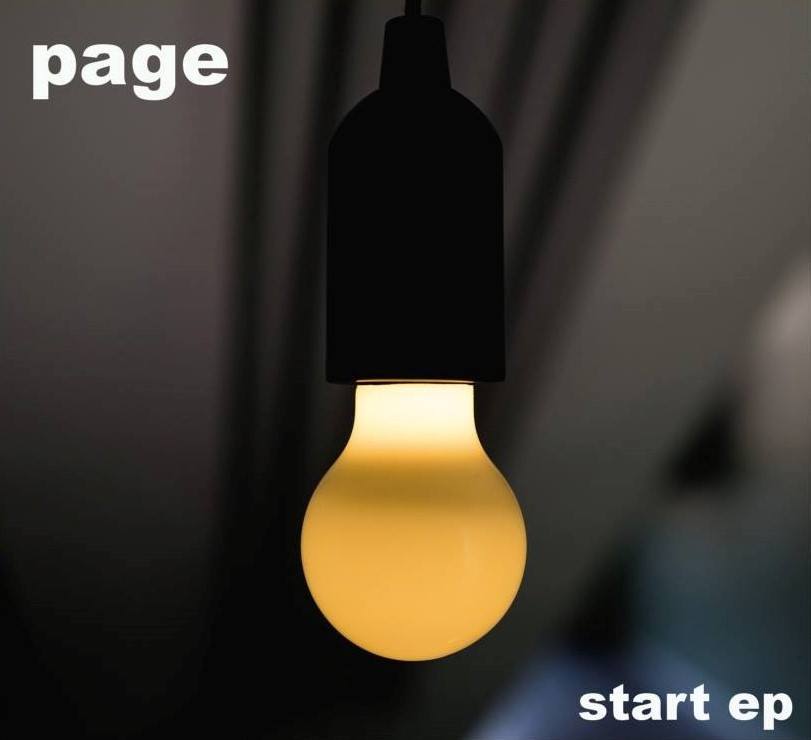 (By our Norwegian correspondent Jan Ronald Stange)
Swedish electropop band Page releases their EP “Start” June 29th (July 6th in Sweden), consisting of three new songs and a remix of “Krasch” by Norwegian colleague Stephan Groth of Apoptygma Berzerk. The long-time Side-Line friend Per Aksel Lundgreen tipped me about this release, and after doing a parallel e-mail interview with both Eddie Bengtsson of Page and Stephan the result show a collaboration of mutual admiration and respect across the Norwegian-Swedish border, and maybe also something else down the road…
Check out the teaser video of the EP after the interview.

First Eddie starts with how this came about:

Eddie: This summer Page is going to release a new EP, and on that release there is a very nice redux made by Stephen Groth. Its an redux of the Page song “Krasch”.

Side-Line: What’s your relation to each other prior to this collaboration? Just heard the music, been at live shows, been touring/played together or something else? 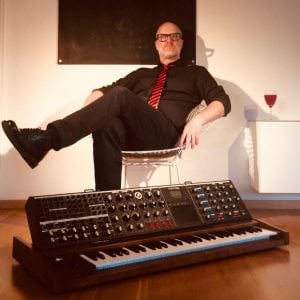 Eddie: I have always known what and who Apoptygma Berzerk was, but I was never interested in their music. The first time I heard them it sounded EBM to me, and that was it, I never listened again.
I understand now that Apop has done many different things, ranging from EBM to electronic pop to indietronica, and some of that are really, really good.
Last spring I got Apoptygma’s new album from Per Aksel Lundgreen. It was a gift and I said “thank you very much”, and at the same time I thought “I’m never going to listen to this”.
This was during Electronic Summer in Gothenburg, and on the way home I thought “what the heck”, and put the CD in my car CD-player…

The first seconds of the first song made me think “Ah, now they have gone Industrial Noise”. And then, “Oh My God!”
Here came the most wonderful retro vintage electronica I have (almost) ever heard. Fantastic! It brought tears to my eyes, and I’m not kidding about that.
That someone can make electronic music like that these days, I just didn’t believe. It was the best electronic (and any) album that I heard 2017. And one of the sweetest electronica album I have ever heard, and that says a lot. Just wonderful.
It made me believe in modern electronic music again, in a time when most of it is junk. It also made me think that synthesizers still CAN be cool in a time when its mostly not.

Stephan: I grew up in Denmark, and moved to Norway in 1987, so I never heard of PAGE living in DK. It was not until I heard their self-titled compilation “PAGE” that came out in 1992 on Energy Rekords that I really discovered them. I was working in a record shop at the time and immediately bought a copy of it on LP. I still have it in my collection and I also frequently give it a spin, as it’s classic synthpop at it’s best!

S-L: Per Aksel mentioned something about «Swedisch Norwegische Freundschaft» – a label, project name or what??

Stp: This was just a joke, but it’s cool to cooperate with Swedish musicians, as they have a completely different approach and tradition when it comes to electronic music compared to Norway and Denmark. Also, there’s always been close connections between the synth scene in Sweden and the one in Østfold. We had Pouppee Fabrikk, Elegant Machinery, S.P.O.C.K, Inside Treatment, COMP C3 and Political Assasination over here in Fredrikstad already in the early 1990’s, and the 3 first Apoptygma Berzerk shows was together with Swedish bands.

Eddie: I think that he said that as a joke. But at the same time, it could be something that could be reality in the future.

S-L: Stephan, whats your role in this release?

Stp: I was asked to do a remix for Page, and Eddie sent me the track “Krasch”. I’ve have added an APOP-touch to the track in the remix, as I felt there was no point in making an “early 80’s type mix”, because Eddie’s already the master of this. So I pushed it more in the direction of a sound that appeared later that decade.

S-L: Plans for more? Releases of this kind, other collaborations etc.?

Eddie: I’m open for that, yes.

Stp: I would love to do more musical collaboration with Eddie, and hopefully even gigs together! We’ve been talking about doing a gig together in Norway, bringing Page over here for the first time, and we’d of course love to come and play with them in Sweden too!

S-L: Other events/plans for Page and/or yourself this year?

Eddie: No, not really. We are planning to go to London for a show, and it would be nice to play in Norway too – long time since last time! Maybe together with Apop?

Stp: Currently I’m working on a new APOP studio-album that I hope to finish this year, where I go and explore my electronic pop roots. Also, a couple of gigs are booked for this summer in Poland (Castle Party) and in Germany (M’era Luna). There’s also a couple of other gigs currently in the making, but not 100% confirmed yet.
When you’re reading this, we’re also launching an official APOP web-store in the US.
On top of this, our debut album, “Soli Deo Gloria” has it’s 25th Anniversary this year, so we’ve got some ideas and thoughts on how to celebrate this, but maybe we can discuss this at a later stage? 😉