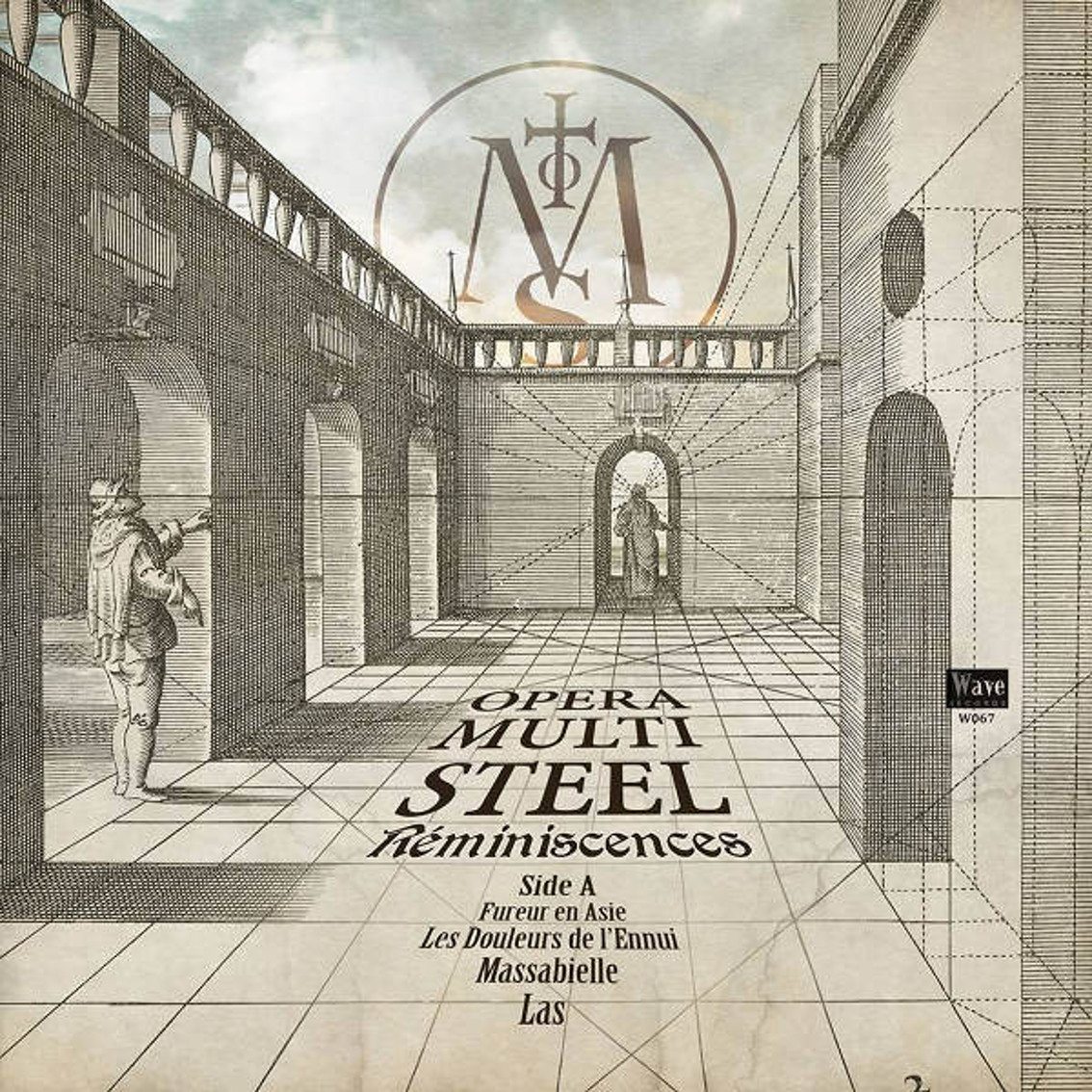 “Reminiscences” is the title of a brand new studio album by the French coldwave band Opera Multi Steel (OMS). Brand new? The album holds a a selection of 8 tracks of the band revisited in a punchier and more electro style compared to the original versions which were recorded in the combo’s usual style mixing medieval and renaissance elements in electronic music.

The album will be out as a picture vinyl right here.

The Bourges based act was formed in 1983 by Franck Lopez, Patrick L. Robin and Catherine Marie. The band is

Not only the music was revisited, the band also fully re-recorded the vocals using sounds and historical instruments cherished by the band since its beginnings: TR 808, TR 606, TB 303, Elex, Casio VL-1, recorders, medieval choirs and various samples.

The tracks on “Réminiscences” are taken from albums such as “Cathédral”, “A Contre-sens”, “Les Douleurs de l’Ennui”, “La Légende dorée” and even from the very first ever release of the project: the vinyl EP “Eponymous” from 1984.

Here’s an official video for the track “Les Sens”.

Since you’re here … … we have a small favour to ask. More people are reading Side-Line Magazine than ever but advertising revenues across the media are falling fast. And unlike many news organisations, we haven’t put up a paywall – we want to keep our journalism as open as we can. So you can see why we need to ask for your help. Side-Line’s independent journalism takes a lot of time, money and hard work to produce. But we do it because we want to push the artists we like and who are equally fighting to survive. If everyone who reads our reporting, who likes it, helps fund it, our future would be much more secure. For as little as 5 US$, you can support Side-Line Magazine – and it only takes a minute. Thank you. The donations are safely powered by Paypal.
Tags: Casio VL-1, Elex, Opera Multi Steel, TB 303, TR 606, TR 808