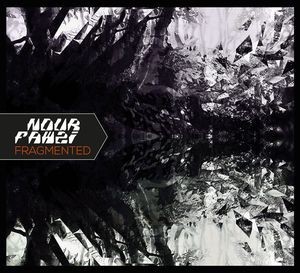 Content: Nour Fawzi is a Dutch/Egyptian producer releasing his debut album on Mindtrick Records. The album is available as different formats (CD, vinyl and digital) revealing 11 songs of pure modernism and experimentalism.

The opening part reveals excellent sound treatments with a mixture of different styles. “As All Things” moves in between tribal, IDM and even dubby elements while the song is driven by a sexy and dynamic cadence. “Nostalgia” is an experimental mix featuring a kind of nu-classic treatments and blasting bass sounds.

We next moves into bombastic rhythms and glitch arrangements, which only reinforce the globally experimental approach of the work. But it never becomes a total experiment thanks to the injection of multiple influences. Every single track is a new experience in sound. “Negatory” and both parts of “Cold Fusion” even moves on the edge of lounge music merged with dubstep elements.

The last part of “Fragmented” reveals a few dreamy sound treatments accentuating the cinematographic approach of this opus. “Contortionism” is a noticeable cut in the genre, but I also have to mention the more experimental although ambient-like ‘bonus’ track (which is not available at the CD release).

Conclusion: I can’t say that Nour Fawzi is the most accessible release from the Mindtrick roster, but it’s a production clearly striving for diversity. You’ll discover a huge variety of influences.

Best songs: “Nostalgia”, “As All things”.