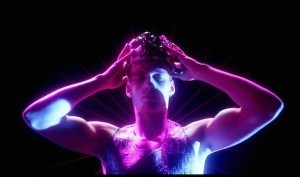 New Order has unveiled the official video for “Restless”, the first single to be taken from their new album “Music Complete”. The video was directed by Spanish filmmakers NYSU, who have previously worked with Wild Beasts, Radiohead’s Philip Selway and VCMG (the project by Vince Clarke and Martin Gore).

The video depicts the legend of Excalibur for the 21st Century including scenes of debauchery, raves, and food fights.