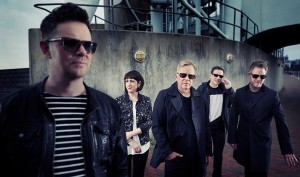 Out on September 25th on Mute is the brand new New Order album “Music Complete”. The album will be New Order’s first full studio release since 2005’s “Waiting For The Siren’s Call”, and their debut for the cult label Mute. “Music Complete” also marks the return to the studio for Gillian Gilbert to record her first album with New Order since 2001’s “Get Ready”.

The album will be released on CD, download, black vinyl and limited edition clear vinyl. In addition, there will be an exclusive 8-piece deluxe vinyl collection that includes the album plus extended versions of all 11 tracks on coloured vinyl.

The tracklist for “Music Complete”:

Check out a first teaser below.