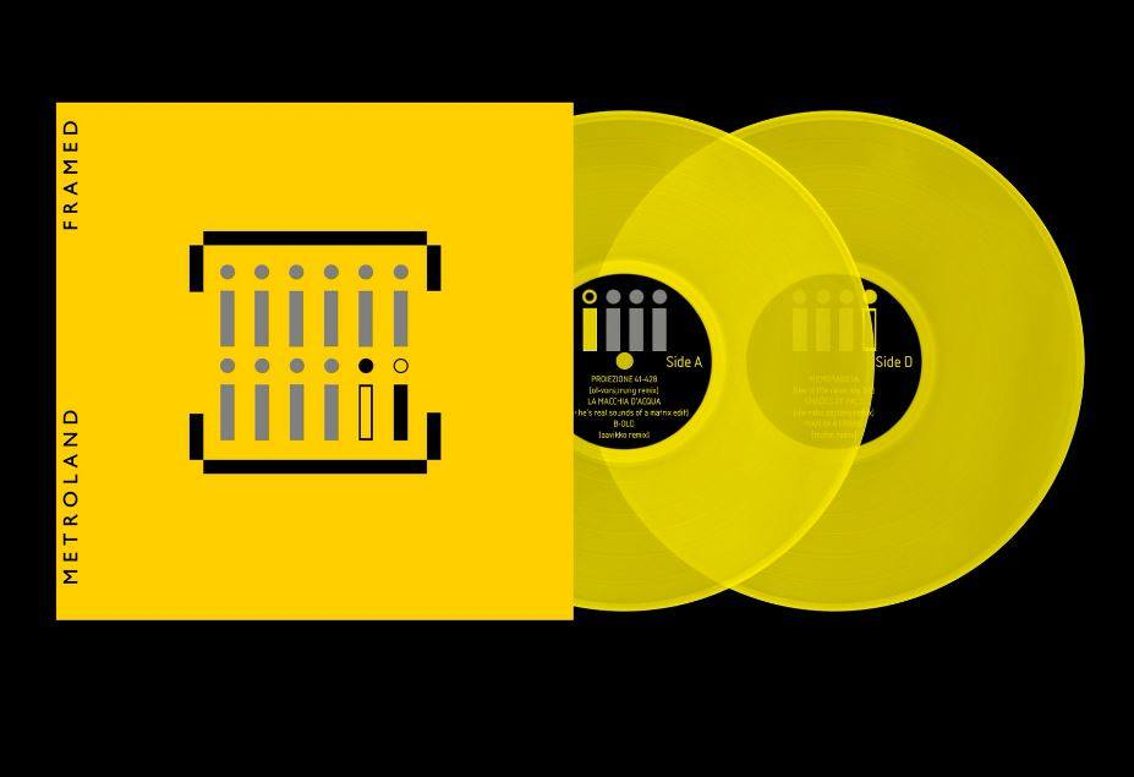 In 2018, the Kraftwerkian act Metroland released their 4th conceptual album “Men In A Frame”. After that album the band released 2 non-album singles, “Man In A Frame” and “Memorabilia”, which were accompanied by more obscure electronic B-sides and remixes. They also launched a successful first exposition, “Pictures To Listen To”, where the duo pushed their concept to its maximum limit allowing the audience to fully experience their “Men In A Frame” concept.

The band now closes their conceptual chapter dedicated to photography with a selection of tracks reworked by musicians and bands on “Framed”. The album comes out as a double (yellow) vinyl holding 12 tracks and can be ordered right now from the Alfa Matrix label.

Here’s how the vinyl looks like when displayed on your wooden floor. 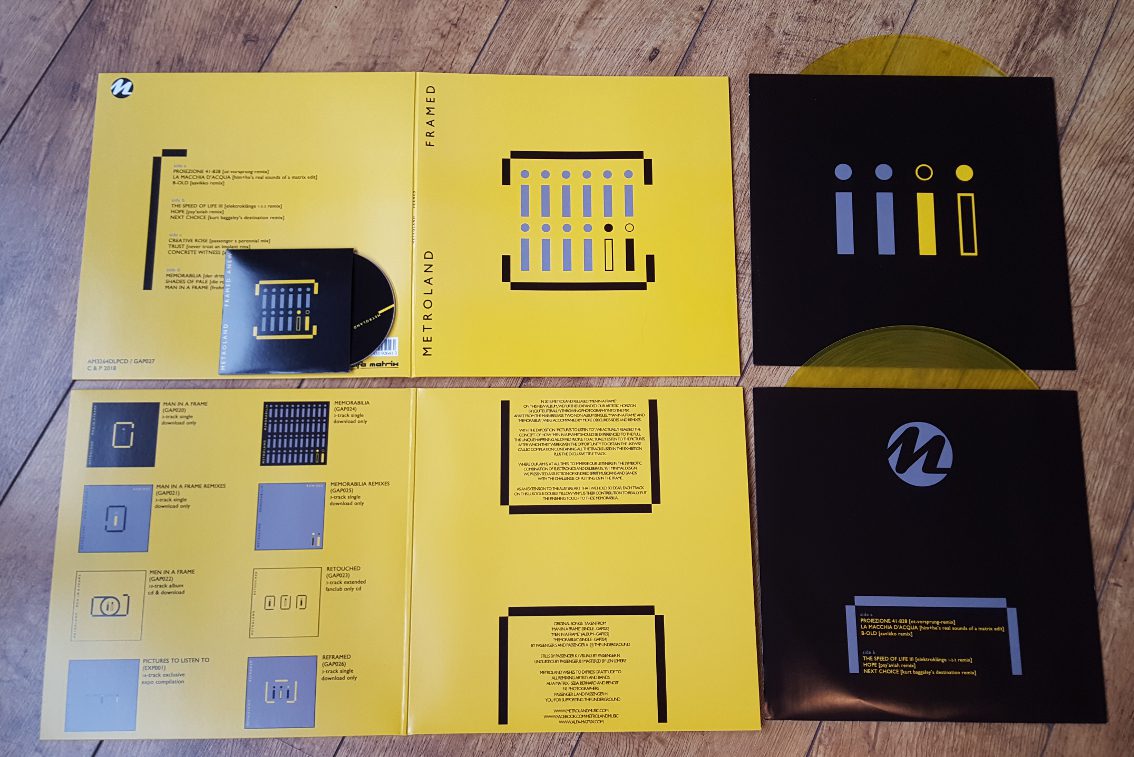 This very limited double-LP release (300 units worldwide) is accompanied by the “Framed Anew“ carton sleeve CD offering a slightly different track list (3 exclusive remixes on the yellow vinyl by Der Dritte Raum, Die Robo Sapiens and FROHM; and 3 non-vinyl remixes on the CD). This collector item will be released at the occasion of the second “Pictures To Listen Too“ exposition at the Cultuur Centrum of Mechelen – Belgium from its vernissage on 26th January 2019 until 24th March 2019 but is being sent already to those who order it directly from the newly launched Alfa Matrix webshop.