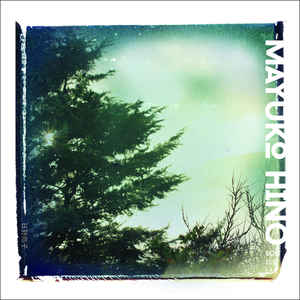 Background/Info: Mayuko Hino is a female Japanese artist unleashing her second album under her own name. She’s also involved with multiple other projects such as Mne-Mic, DFH-M3, Transparentz…

Content: “Lunisolar” features 2 long duration pieces. “Faintainhead” progressively builts up, a bit like a soundscape approach. It also sounds as a truly sonic patchwork covered by dark, buzzing sounds. Quite progressively we’re entering a final passage, which is definitely more into noise. And this is also the essence of the next cut (cf. “Astral Travelling”), which leads the listener into a sonic mayhem of noise and abstracts sound treatments.

+ + + : Noise remains one of the most particular styles in music as it’s not really music! Mayuko Hino belongs to these ‘Japanese noise school’, which throughout the years became a little more accessible. That’s precisely what I like about this work. It’s not only the brutal and merciless side of noise, but a slow progression evolving towards this extreme sonic climax. This is the ultimate piece of music for people who like to hear rough sound treatments and pure improvisation. I also have to say a word about the sober, but artistic digipak format of the release.

– – – : I prefer the structure of the opening piece, which starts rather ‘soft’-like and progressively evolves towards a harder end.

Conclusion: The lunisolar calendar has inspired Mayuko Hino to compose a rough noise-walk throughout imaginary universe.