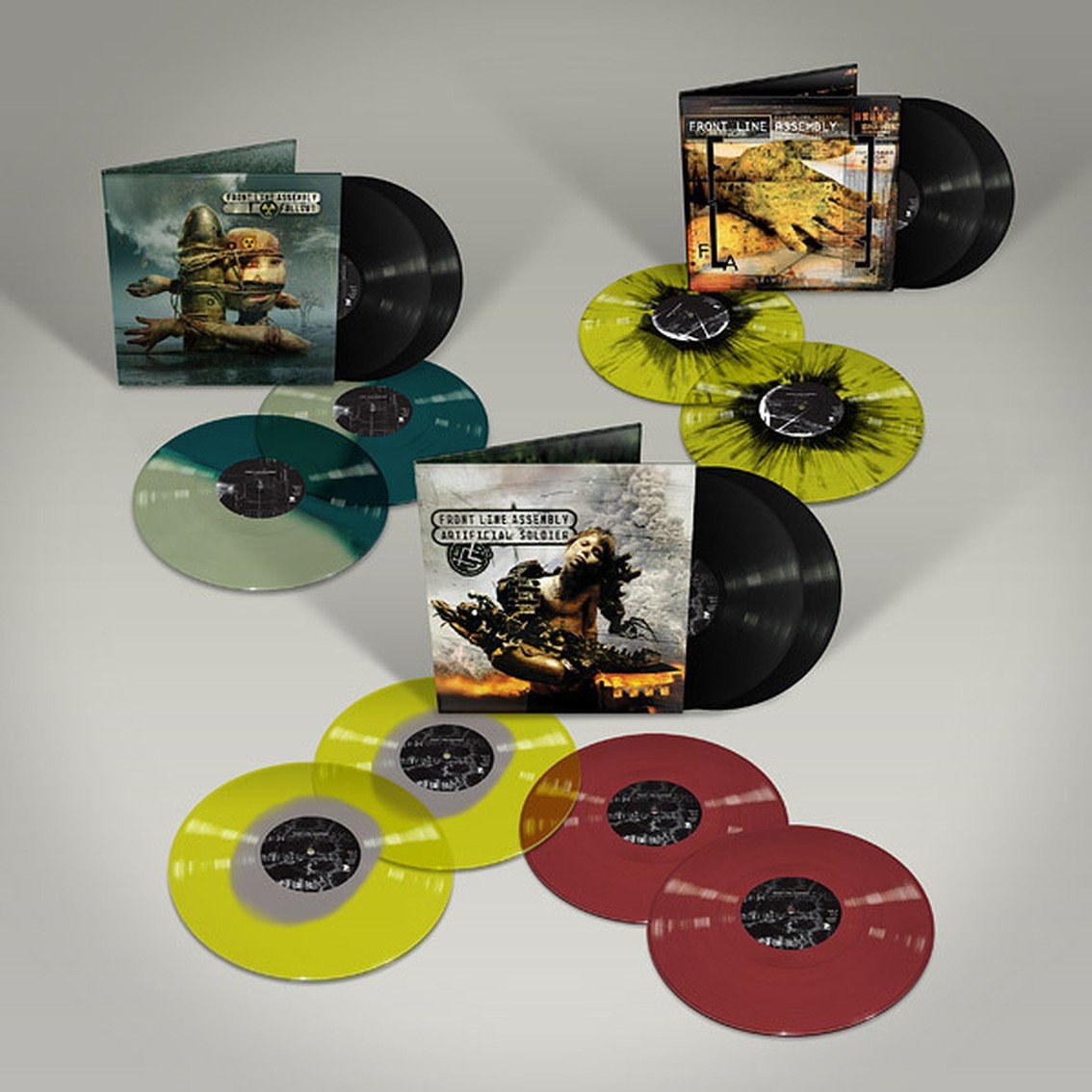 ArtOfFact Records is on a new reissue spree of Front Line Assembly releases to celebrate the band’s 30th year anniversary. Below are the 3 reissues that the label presents now and which you can purchase here (for the North American market) and here (for the EU market).

The original remix album, the second for FLA, came hot on the heels of the “Artificial Soldier” full-length. The band commissioned remixes by a who’s who of hot industrial and EBM talent, including Icon of Coil’s Sebastian R. Komor, Combichrist, Covenant, Portion Control, DJ? Acucrack, and more. Additional remixes from FLA’s circle were added by Greg Reely, Jeremy Inkel, and Dan Kearley. And the album is rounded out by 3 non-album tracks that appear here for the first time.

This first remix album was released as a stacked double-CD in 1998. “Re-Wind” was a 14-track release that featured the talents of Front 242, Collide, Tim Schuldt, Kalte Farben, Eat Static, Cydonia, and Finitribe on remix duties. An additional 7 remixes were executed by Front Line Assemmbly themselves, resulting in a 14-track document which is now available on double vinyl.

The album features two collaborations by Front 242’s Jean-Luc de Meyer who contributes vocals to “Future Fail”, and by Covenant’s Eskil Simonsson who contributes both vocals and keys to “The Storm”.

The double limited edition vinyl will be released in a gatefold sleeve complete with restored Dave McKean artwork. Collectors will be treated to three versions of the record: an outside-inside effect with a deep yellow outside surrounding a metallic silver-grey inside version (100 copies and available here), a cherry-coke red version (200 copies and available here) and a standard black edition (available here). In case you want all 3 versions, then you should place your order here. EU-orders can be placed right here.

For the die-hard fans, you can also buy ALL versions of the Front Line Assembly “2016 – 30th anniversary” vinyl series in one shot. You will get:

You will also get download codes for these albums.