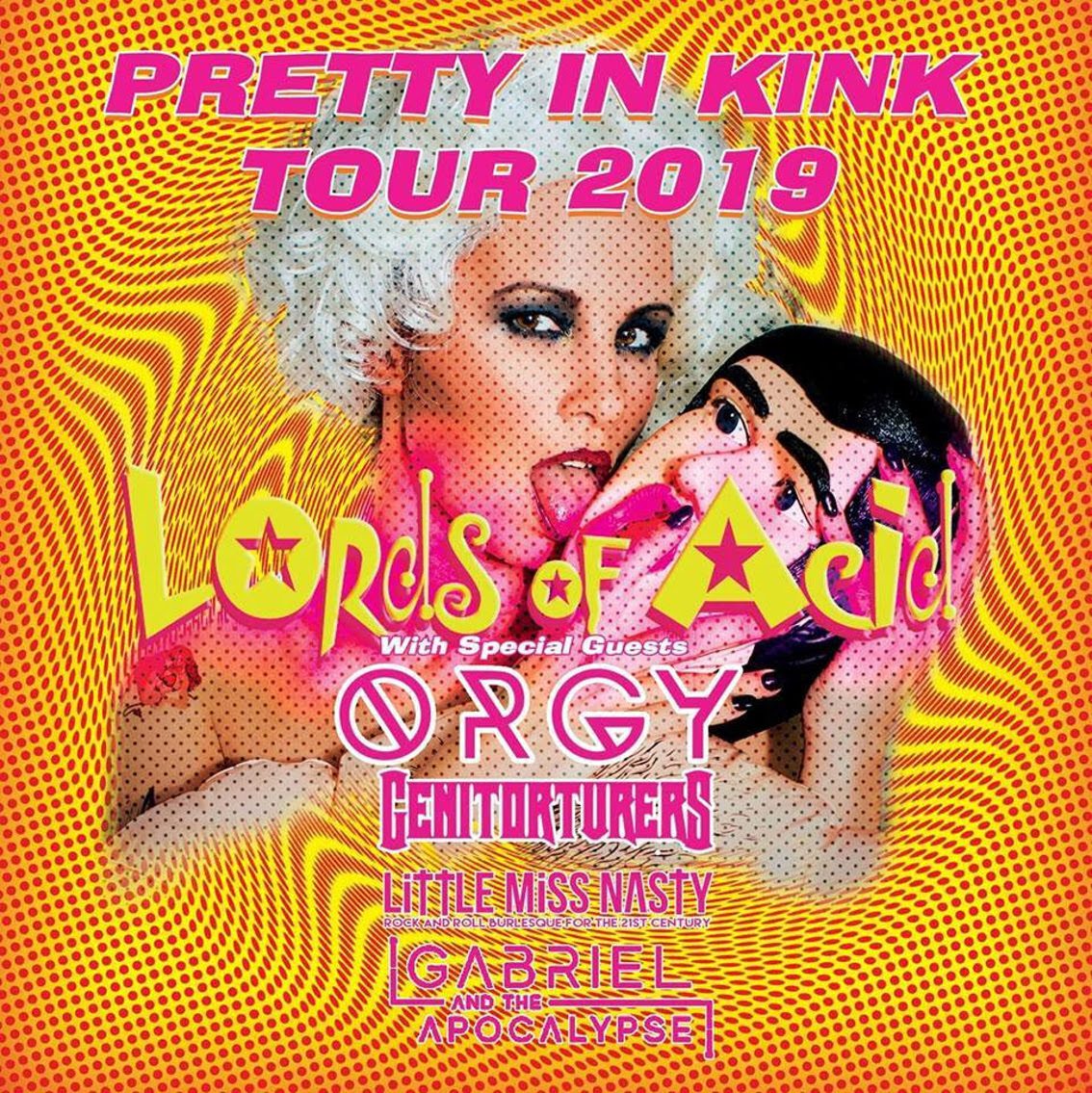 Lords of Acid is a Belgian/ American electronic music group, led by musician Praga Khan. They debuted with the new beat single “I Sit on Acid” in 1988. Created by Praga Khan, Olivier Adams, and Jade 4U; their debut album, 1991’s “Lust” (along with additional singles “Rough Sex” and “I Must Increase My Bust”), became cult within the electronic music and dance music communities for their outrageously sexual lyrics and sound samples.

Their second album was “Voodoo-U” (1994), which featured a more industrial sound. This was followed by “Our Little Secret” (1997), “Heaven Is an Orgasm” (1998) and “Expand Your Head” (1999). In 2000 they released a more rock-influenced album titled “Farstucker” and in 2003, after being in the business for fifteen years, released a greatest hits album called “Greatest T*ts”.

The rest is history.