Ljungblut, the 3rd band of Kim Ljung (Zeromancer, Seigmen) are releasing their 6th album November 2., and a single from the album, “Hasselblad”, was released two weeks ago. An accompanying music video is now ready, and actually making its debut here today! 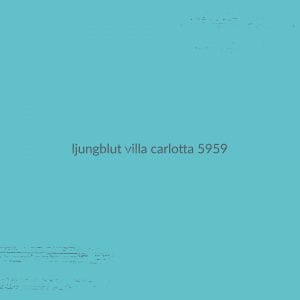 Kim about the video:
The video of Hasselblad is shot and directed and Hans Christian Moen and Freddy Samson Fagerheim.
Both friends of the band.
Their first collaboration was “Kast blomstene på” from the previous Ljungblut album, “Ikke alle netter er like sorte”.
Again they were given total artistic freedom. The concept being the moon, loneliness, camera and distance.

About the song itself Kim elaborates:
It was just one of those days. An early morning. I read about the twelve Hasselblad cameras left on the moon, somewhere. Made some fresh coffee and locked myself into the studio without any particular ideas in my head.
In a few hours it was all there. Lyrics and everything.

A real special feeling when it happens. The guys loved the demo. Some weeks later we rehearsed it as a band, keeping it real true to the original idea. Of course, Ted adding a great drum-pattern. It was only just over a 2 minute arrangement though. Right after I wrote it, I was visting Erik Ljunggren in his studio. Blown away by the collection of modular and vintage synthesizers, I asked him if he wanted to contribute for the end-part. The Arp 2600 and the Oberheim Matrix doing most of the magic. All analogue. It was perfect.

The drums, the bass, the guitar (with the Morley flanger pedal), the Omni and the Roland strings were all recorded live. I believe it was the third take.
Sincerely happy with this one.

We also asked Kim about the upcoming concerts, which many fans have been longing for since 2012.

S-L: In a hectic year with several Seigmen and Zeromancer shows, recording and releasing a new album with Ljungblut, still more Seigmen shows ahead – what made you and the band also find time for the shows in November?

Kim: Yes, it’s more than enough. I have been promising myself I wouldn’t mix the work between the three bands. However it’s not so easy. I thought it would eventually quiet down. Not a chance.
Band members don’t always have a great patience. Not managers. Not booking agent. Not record companies.
There are demands everywhere. Or not demands maybe. Hopes. Wishes.
Always for more.

The Ljungblut had to happen now. And no chance in hell we wouldn’t support the album by not playing any shows this time.
In 2016, when we released “Ikke alle netter er like sorte” and not doing any shows, it felt a bit hollow, especially since the album was recorded live and we were in the best shape ever as a band.
These days we are getting ready again for something really special. Those two shows at Total in 2011 was amazing for us.

S-L: And why these venues – how was the venues decided?

Kim: The 3 exclusive shows coming up will be one for the books. Ljungblut will never play a random venue. These were carefully selected for this purpose. Papirhuset is a intimate black box amphitheatre. I was just in there having an extra look the other day. Nice vintage red leather chairs, removed from the old movie theatre of Rjukan in 1939. Historic. And a supreme venue as a spectator. About time someone uses this as concert place.
The Oslo show is quite the opposite. A giant church from 1880 that closed down 105 years later. Then reopened up in 2000 as a magnificent cultural scene.
I can’t even imagine what it will be like playing a Ljungblut concert in that place.
Much like a revelation, I assume:-)

Check out the single and video for “Hasselblad” below:

Since you’re here … … we have a small favour to ask. More people are reading Side-Line Magazine than ever but advertising revenues across the media are falling fast. And unlike many news organisations, we haven’t put up a paywall – we want to keep our journalism as open as we can. So you can see why we need to ask for your help. Side-Line’s independent journalism takes a lot of time, money and hard work to produce. But we do it because we want to push the artists we like and who are equally fighting to survive. If everyone who reads our reporting, who likes it, helps fund it, our future would be much more secure. For as little as 5 US$, you can support Side-Line Magazine – and it only takes a minute. Thank you. The donations are safely powered by Paypal.
Tags: Bjørn Opsahl, Erik Ljunggren, Freddy Samson Fagerheim, Hans Christian Moen, Hasselblad, Kim Ljung, Ljungblut, oslo, Roland, seigmen, Tom Lund, Zeromancer