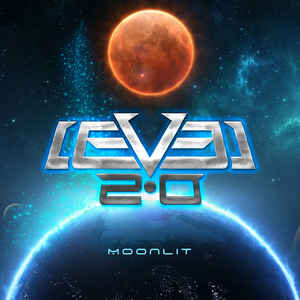 Background/Info: Based in Florida (USA) Level 2.0 was set by Mike Hoffman (vocals & lyrics) and Matt Clennan (music & programming) in 2005. They’ve released several albums thus far, but the productions released on Nilaihah Records remain the most famous ones. During the past few years they started to self-release all productions. “Moonlit” is their newest EP featuring a title plus 3 remixes and 2 extra cuts.

Content: “Moonlit” is a somewhat ‘classical’ electro-pop track carried by a solid, linear bass line and a cool, melancholic tune. Level 2.0 accomplished 2 remixes of “Moonlit ” while Suppressor did a noticeable remix as well.

Both songs left can be considered B-side cuts. “Airscape” is an evasive, catchy song while “Hypnagogic” sounds more sensitive.

+ + + : “Moonlit” is a successful title song featuring all required electro-pop ingredients. I especially like the chorus. The somewhat club-minded “Suppressor RMX” is another attention grabber. Level 2.0 also shows a more sensitive touch running through “Hypnagogic” while the dreamy-minded “Airscape” is a solid B-side cut as well.

– – – : “Moonlit” is a cool song, but not exactly setting the world on fire. The remixes are cool, but it’s a pity there aren’t more club-driven vibes running through it.

Conclusion: “Moonlit” is a song you have to listen to several times and the more you hear it, the more you will like it. It’s nothing extraordinary, but it makes sense!