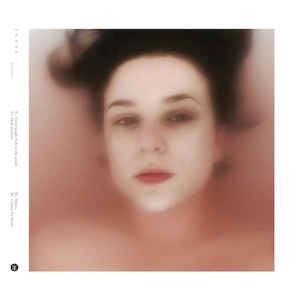 Background/Info: Jasss aka S. Jiménez Alvarez is a Spanish female artists and DJ who’s now been active for a couple of years. “Weightless” is her debut full length following a couple of 12” which were released on different labels.

Content: The work opens with hard industrial influences joined by a dark, mysterious sound atmosphere. Quite progressively the work reveals other influences such as tribal, experimental treatments, mystic passages and even a jazzy touch, which probably refers to the band name and one of the early influences of the artist.

The heavy industrial passages are sometimes reminding me to Dive while mixed with fine and somewhat nervous sounding bleeps.

+ + + : Jasss is an artist I never heard of before, but who really took me by surprise. She reveals a progressive industrial format, which has been accomplished by other elements. It makes me think to a high-tech version of Dive! But it’s much more than industrial music and there’re too many other influences running through the work. But in the end it remains experimental, rough and yet polished by a fabulous production. I like most of the sound treatments revealing raw, metallic sound treatments, cool bleeps and numerous intelligent effects such as the rotor-like sound running through the final cut.

– – – : I was a bit surprised hearing a saxophone injecting a jazzy flavor on one of the cuts. It brings diversity, but it’s not entirely fitting with the global sound approach of the work.

Conclusion: If you’re into industrial music and you especially like to discover progressive and innovative artists in the genre, I can only, but strongly recommend discovering Jasss. I have a crush on this album!