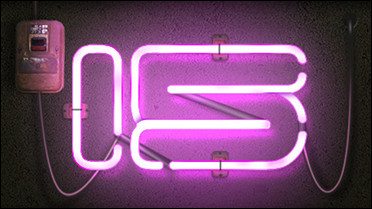 The Infest crew send us a message that will leave a not so good aftertaste once you will have read it. In short the chance that there will be a 2014 edition are as good as nil. The reason for this sad end of what was an excellent series of festival editions is explained in the text below by the Infest crew.
Having organized festivals in the past, we understand the position the Infest crew is in really well. It takes balls and a lot of financial luck to make things happen every time again.

“Everyone at Infest HQ is looking forward to this year’s bash even more than usual. Infest is in its 15th fantastic year and we have had a blast fulfilling its original objective, of introducing as many people as possible to as much new music as possible, from the broad church of alternative electronic music. It has never been a one dimensional musical event and we can take pride that even now it offers an amazing range of quality acts, for one of the cheapest ticket prices possible, as a truly independent event professionally run by fans, for fans of the music.
Imitated but never bettered, Infest is recognised throughout the world of alternative electronic music as one of the best events to showcase a band in front of an appreciative enthusiastic audience. Respected by artists, managers, labels and agents, and recognised as working in the interests of the wider UK scene.
In 2014 another organisation is attempting to put on a festival even bigger than the main German alternative events with the aim of 120+ acts and 20,000+ customers, the week before Infest 2014 was scheduled to take place. Also, with the current large number of scene festivals now taking place in the UK, we feel that there are too many festivals and not enough club shows, all of which are trying to attract their customers from a small audience-base with a limited amount of cash to spend, and a limited number of acts to choose from as headline artists. Although profit has never been a factor in the Infest ethos, the event does at least have to cover its costs, and given these outside factors we feel this is going to prove increasingly difficult while continuing to achieve the high value for money we offer. Therefore we have reluctantly decided it is time to step back and that it is highly unlikely that there will be an Infest in 2014.
We want to thank everyone for all their support over the years: all the bands, crew, djs, traders, advertisers, suppliers and everyone at our venue who helped us in bringing new and original alternative electronic music to a wider audience in the UK, and to all our supporters who enjoyed taking this trip with us. We have had a lot of fun and hope you have as well, and as a not for profit driven enterprise we have the added feel good factor of having raised a lot of cash for some very good causes along the way.
We may be back in 2015, we may not. We may even do something in 2014 at the last minute, pending developments outside our control. Either way, we are looking forward to seeing you all at Infest 2013 for one last guaranteed blow out!
Yours,
the Infest Crew”