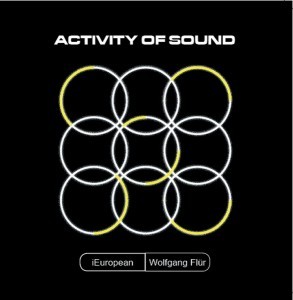 I European (Seán Barron from Empire State Human) and Wolfgang Flür have announced the physical release of their 2014 collaboration “Activity of Sound” in no less than 3 formats. You can order the EP right now on CD, on vinyl and as a combo.

Wolfgang Flür is a German musician, best known as a member of the electronic group Kraftwerk from 1973 to 1987, playing electronic percussion. Previously he had played a conventional acoustic drum kit in the Düsseldorf 1960s band The Spirits of Sound.