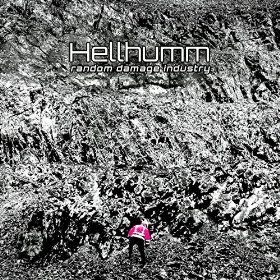 Background/Info: Hellhumm is a new Spanish band dealing with a rather open-minded EBM sound spectrum. The members appear to be experienced artists who however have remained pretty unknown.

Content: The opening song didn’t exactly reveal the real sources of inspiration Hellhumm is dealing with. The main songs and essence of the work has been inspired by EBM elements and a softer pop-style. The electronic structures have been now and then reinforced by guitar. I think we might speak about a fusion between EBM and pop music.

I like several bass lines, which clearly are EBM-like, but also reminding me of a kind of retro-electro style, which on “Modesty” reminds me of Kas Product.

An essential element of the work consists of the vocals. Singer Ignacio Ysasi has a real captivating timbre of voice, which sometimes remind me a bit of Gary Numan. Notice by the way that the songs have been sung in English.

+ + + : There’s a rather diversified and excited EBM influence running through this album, which creates a perfect junction between retro-EBM and a more contemporary format.

– – – : The main point that hurts is the rather poor mixing and mastering. This is for sure an aspect they’ll have to improve.

Conclusion: Despite the lack of an efficient mastering “Random Damage Industry” reveals interesting ideas in body-pop. I think there’s a lot of potential and talent hidden in Hellhumm than what they’ve shown on this debut-album so I’m looking forward to hearing more from them.