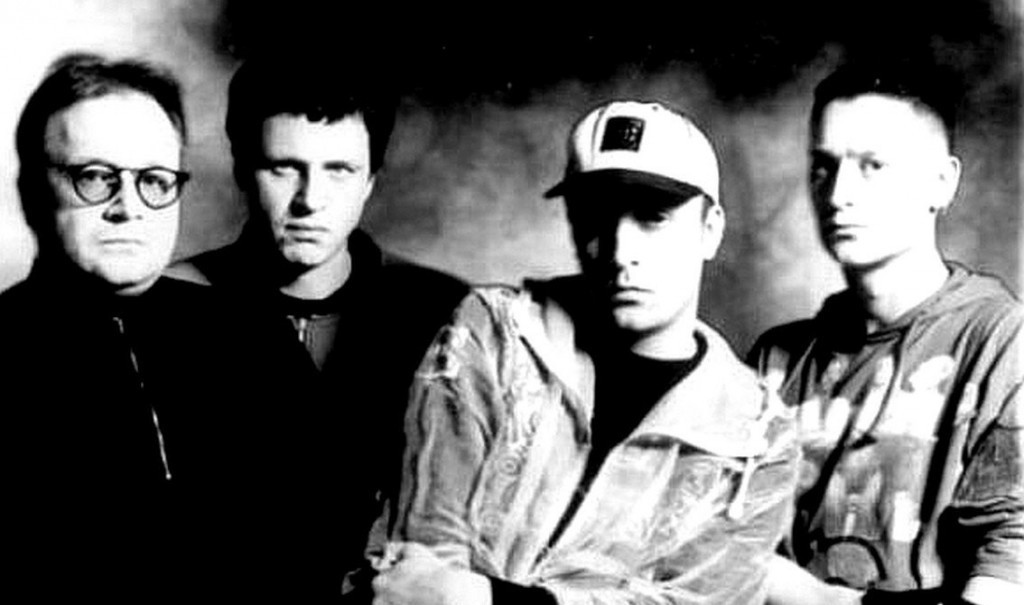 In 2016, 3 albums from the band’s repertoire will be re-released by their Brussels-based label partner Alfa-Matrix and this in various formats.

Here are the re-releases that are being planned:

These remastered versions will offer these recordings in the best audio quality made possible by today’s audio technology. There are various formats planned:

The final details for these releases are still being prepared before going to manufacturing and setting official release dates. From the info we obtained, but which we can’t publish yet, we can already assure you that what will be offered as bonus material will be a Front 242 fan’s wettest dream. 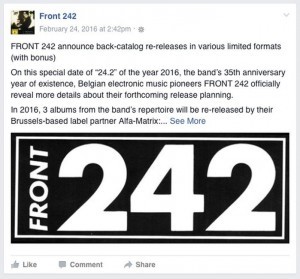 The pre-orders for these reissues will be launched in the next weeks in 3 consecutive waves and you better make sure to stay well informed because “due to the limited character of some of these releases, some items might sell out quite fast”. And that will be an understatement. Keep an eye on our news as we will be reporting about it the minute the info is being released or make sure to download the band’s recent 2 free download EPs and you’ll be informed right away when the news breaks.

2016 is the band’s 35th anniversary year of existence as Front 242 were formed in 1981 in Aarschot, near Leuven, Belgium, by Daniel Bressanutti and Dirk Bergen. The first single, “Principles”, was released in 1981.

Patrick Codenys and Jean-Luc De Meyer had separately formed a group called Underviewer at around the same time, and the two duos joined together in 1982. Bressanutti, Codenys and De Meyer took turns on vocals at first, until they settled on De Meyer as the lead vocalist.

Note that the early recordings with Bressanutti on vocals were subsequently released in 2004 via Alfa Matrix. That limited edition album is now sold out, only a download is still available via Bandcamp. In 1983, Dirk Bergen left the band to pursue graphic design, and Richard Jonckheere, often referred to as Richard 23, joined as vocalist.