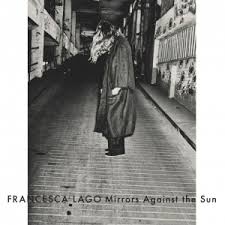 Background/Info: Francesca Lago is an Italian multi-instrumentalist and singer who already released a few productions, but on an irregular basis. She’s back on track unleashing an album featuring 10 new songs.

Content: When I hear the music of this work I can’t get away from making a comparison with Hooverphonic and Kyoko Baertsoen (one of the early singers of Hooverphonic and later on involved in Lunascape). There’s a sweet, sensual and charismatic timbre of voice, which is merged with a kind of dreamy-pop music. There’s a great balance between music and vocals. You now and then will notice a few harder and rock-inspired passages featuring guitar parts reminding me now to The B52’s and then to shoegaze.

The work reveals several beautiful songs touched with a melancholic flavor. The slow rhythm accentuates the sensual aspect of the work, but we also get a few harder cuts with more enraged vocals.

Francesca Lago got some help from a few contributors and I here like the beautiful passages of the cello reinforcing the melancholic touch of the work.

↑↑↑: there’s a noticeable and poignant dreamy aspect running through the work, which is joined by the magic of beautiful vocals.

↓↓↓: I was not as convinced by the harder element emerging from a few cuts, which inject some diversity although not really adding to the album.

Conclusion: This work is a sweet and elevating experience revealing a talented vocalist in harmony with beautiful song writing.