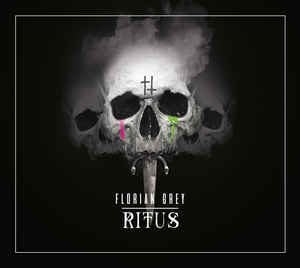 Background/Info: Three years after the debut-album “Gone” German Florian Grey strikes back with a successor entitled “Ritus”. This band started as a solo-project driven by ‘Florian Grey’ and now became a real band featuring 3 more members.

Content: “Ritus” is the perfect offspring between dark-rock, gothic- and metal music. All influences have been mixed with certain harmony. From heavier guitar riffs, which will appeal to metal lovers to pure dark-rock music the album also reveals a few softer and even ballad-like parts. The lyrics have been sung in English, which makes the album more accessible for an international audience.

+ + + : I first of all have to say there are several cool songs featured here. The opening track “Bluecifer (We Out Here)” serves as a real strong opener. The powerful and somewhat metal riffs make the essence and magic of this song. But Florian Grey also fully succeeds in composing carrying choruses while the charismatic vocals of front man ‘Florian Grey’ is in perfect balance with the aggressive sound. “Ritus” is a mature and well-crafted work revealing a noticeable evolution in the global production process. I also have to say a word about the great artistic digipak.

– – – : I regret a few cuts are maybe a little bit too short. I think it would have been possible to get them a bit longer and more elaborated, but I don’t really complain.

Conclusion: “Ritus” is made of great sonic ingredients, which have been masterly assembled and mixed by a real professional production. This work is a real nice surprise.