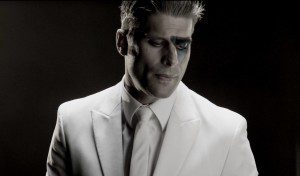 (By our Norwegian correspondent Jan Ronald Stange)
The Norwegian electro-pop band Electro Spectre starts 2016 by releasing the single ‘Never Let Go’ on iTunes and Spotify, accompanied by the music video seen below.

The track is the first single off their upcoming album ‘Beautiful Lies’, scheduled to be released January 15th.