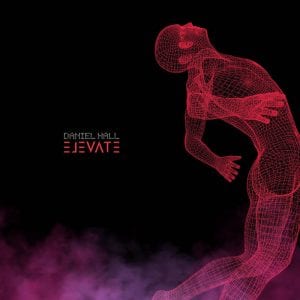 Background/Info: Australian electro-pop artist Daniel Hall has released his eleventh full length album. It also became a kind of tradition that next to the album Daniel Hall also made a clip of each song. So “Elevate” features 13 new songs and 13 new clips.

Content: Daniel Hall holds on his familiar sound elements, which are totally electro-pop like. This musician remains inspired by the 80s electro/wave-pop, but also inject a very own –and contemporary, touch to the work. Both debut songs “Elevate Me” and especially “All Night” probably are the best songs he ever wrote. Daniel Hall brings some sensuality to his sound while other tracks are softer and evasive-like. I even noticed a lounge touch emerging from a few songs. “Prisoner Of Love” is another noticeable song for being more danceable. I also noticed there’s one song with female (guest) vocals.

The clips are another way to discover the universe of Daniel Hall, who next to be a musician also is a great video designer.

+ + + : “Elevate” is probably the best album I’ve heart from Daniel Hall. The sound quality and production are simply amazing, but the opus also features some great cuts. “All Night” is a little pearl and also the clip is worthy of examination. The sensuality of the model featured in the clip and the high tech image production create with the music a symbiotic effect. Daniel Hall remains inspired by Depeche Mode, but he definitely has found his own sound, which is characterized by delicate sound treatments and subtle arrangements. The slow, sensual rhythms are leading you into a world of evasion and lust… The vocals are perfectly produced. Last, but not least Daniel Hall is one of the very artists releasing a clip from each of his songs! Respect!

– – – : My only single regret is that Daniel Hall doesn’t really evolve in his style and especially influences. Some songs became pretty predictable.

Conclusion: This is an artist who clearly deserves a wider recognition. He has the skills to catch the international electro-community by surprise. I think it would be interesting to see this artist signed on a label that matches with his music.